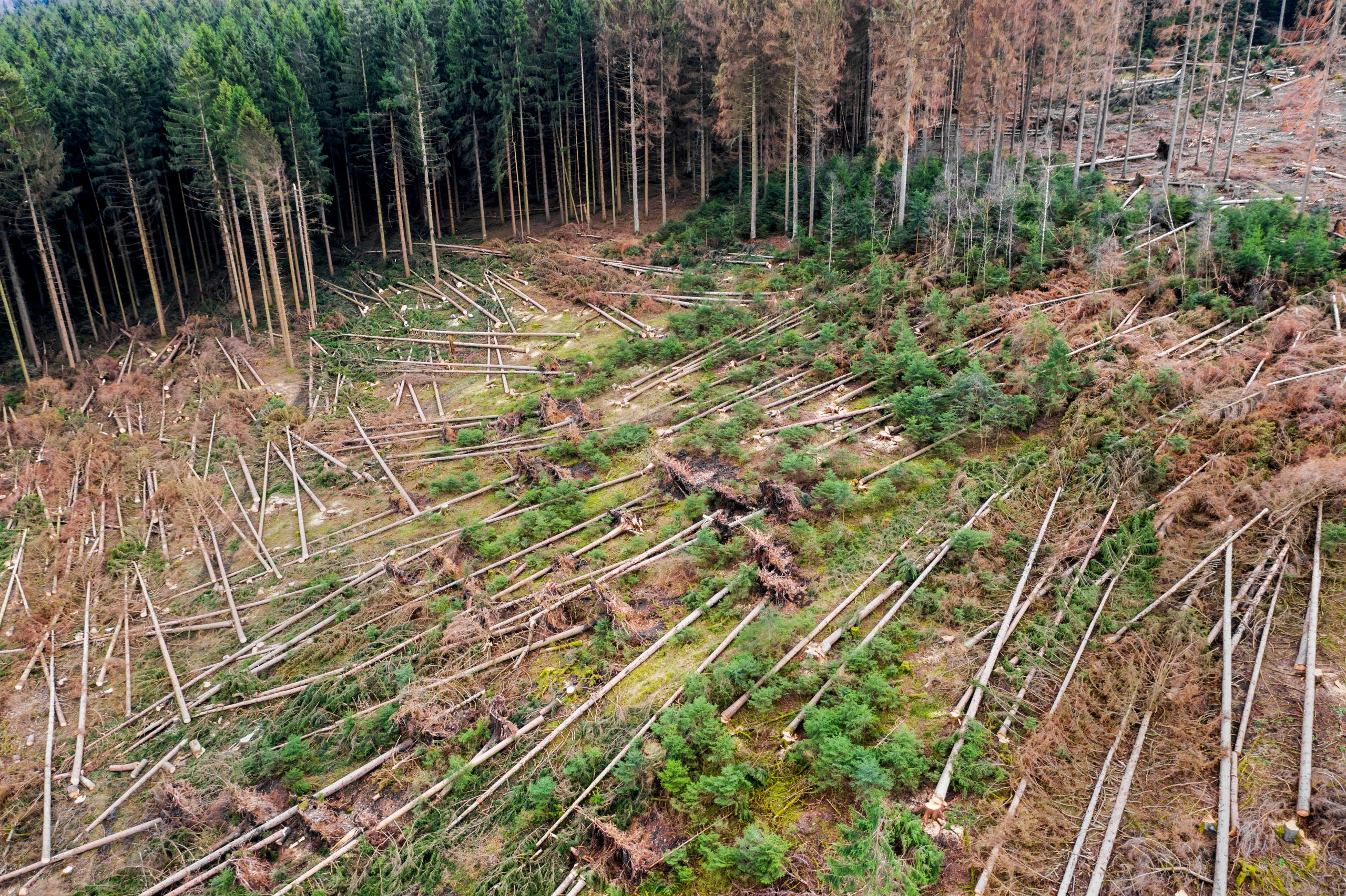 My adjournment tonight is for Minister D’Ambrosio. I am told there are at least 500 000 tonnes of windblown trees that have been left lying on the floor of the Wombat State Forest after a significant storm in June of last year. Experts believe that this has created a ticking firebomb that has the potential to engulf nearby towns.

It is my understanding that the Department of Environment, Land, Water and Planning has blocked a bid by VicForests to clear tens of thousands of these trees from the forest. Drone and satellite imagery of the region shows how many large areas of forest have been flattened on the hills and the ridge lines, covering a total of about 2000 hectares. I have been informed that this has the potential to cause devastation similar to what was recorded at Marysville during the 2009 Black Saturday bushfires, with Daylesford, Barkstead, Bullarto, Lyonville, Blackwood and other nearby settlements considered in danger. The vast amount of fuel on the ground would create fires that could produce cyclonic-force winds.

It should be an urgent priority to reduce the fuel load lying on the forest floor through timber harvesting. This is an opportunity to save jobs in Victoria’s timber communities and help alleviate the timber shortage which is being experienced. Forest contractors and workers are out of work. Sawmills are running out of logs, and these fallen trees pose a significant fire risk if left unharvested. Time is running out to harvest any of the timber. These fallen trees must be harvested this winter given they are starting to crack.

To be used for high-value timber, such as floors and furniture, the timber cannot have cracks—obviously. The solution is clear: the department needs to move quickly and to approve the bid for harvesting of the timber.

The forestry industry needs support now, our Victorian communities need timber to build their homes and delays put our regional communities at risk of severe bushfires. So the action I seek is: will the minister instruct the department to move quickly and approve VicForests’ bid to clear the fallen trees in the Wombat State Forest?

Forest Fire Management Victoria (FFMVic) responded rapidly to the storm events, prioritising the clearing of debris along the strategic fire and public road networks. To date, FFMVic has cleared 93% of the strategic fire road network and 5,662 kilometres (or 76%) of public land roads. This substantial undertaking enabled rapid and safe access for firefighters throughout the 2021-22 fire season.

Similar to action taken following the 2019-20 bushfires, the Department of Environment, Land, Water and Planning (DELWP) has engaged VicForests to assist in managing roadside debris. This work provides jobs to forest workers with specialised skills who are well placed to deliver debris management using their specialised skills, machinery and equipment.

Roadside debris clearing works are already underway across the Dandenong Ranges National Park and the Upper Thomson Catchment in Gippsland, with works in the Wombat and Cobaw State Forests and surrounding townships in the Grampians region to commence over the coming months.

In addition to the roadside debris, there are large areas of broadacre storm debris that present a future fire risk and must be treated. Because the broadacre windthrown debris logs are green and do not present an immediate ignition risk, their treatment and removal will follow the completion of the roadside works.

DELWP and its FFMVic partners are in the final stages of an operational plan to treat broadacre windthrown debris across the Wombat and Cobaw State Forests and the Dandenong Ranges National Park. This operation, which complements priority works already underway along roads and roadsides, will remove felled trees and large limbs from the forest floor where they would otherwise compromise firefighting access and pose a future fire risk. These works will commence shortly, with the highest priority sites to be treated before the start of the upcoming fire season.