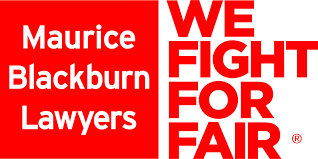 The Maurice Blackburn Class Action against Uber is progressing well and we expect to make some strong headway this year towards a resolution for registrants. We had a successful result in the court just prior to Christmas – read our update from 2019 here.

There has been some questioning of the rationale behind taking on Uber, as opposed to suing the Government or the Regulator who changed the law to accommodate Uber. It was one of the first questions my colleague Andre Baruch and I asked when we first sought legal advice on the appropriate course of action back in 2015, when it became clear that Uber was being allowed to operate outside of the law.

In 2015 I was president of Victorian Hire Car Association (VHCA), now Transport Alliance Australia (TAA), and we tested the legal options with a number of lawyers, barristers and QCs at different law firms. Our options were sue the Government, sue the Regulator or sue the perpetrator, ie. Uber.

On every occasion the advice was that we would have the greatest chance that the case would be successful if we took on Uber.

We then took the case to Maurice Blackburn, who also conducted an analysis of these options – they agreed our best course of action was to mount a class action against Uber. Maurice Blackburn was able to secure funding through Harbour Litigation, who did its own due diligence on the case and agreed with all previous advice that the strongest case was against Uber. They backed that up with $20 million in funding, which means the action can proceed at no cost to registrants.

We have managed to launch a class action which will be the biggest that Australia has seen at no cost or risk to those registering, and at no cost to the members of the VHCA/TAA who instigated the action.

Anybody can take legal action against the government if they choose to, but they will need to come up with a convincing legal plan and raise the millions of dollars needed to  fund their case. I wish them luck and would not hesitate to support their cause. We have chosen to pursue Uber in this instance based on the best legal advice in this country.

I encourage all members of the taxi and hire car industry in Victoria, Queensland, New South Wales and Western Australia to check their eligibility and join as a registrant to this action at www.uberclassaction.com.au