We cannot support the reforms of the CFA 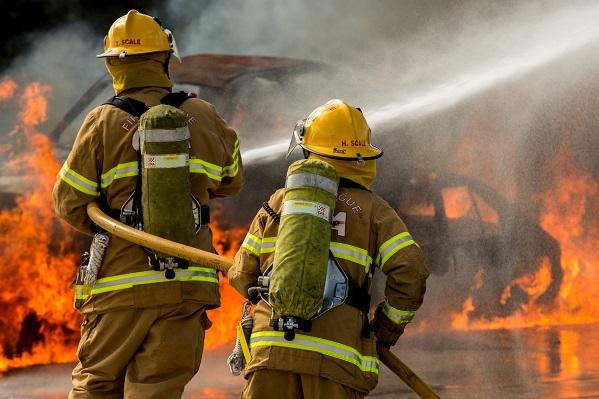 In his address to Parliament this week Mr Barton said he would not support the Firefighters’ Presumptive Rights Compensation and Fire Services Legislation Amendment (Reform) Bill 2019.

This bill comes to this house with baggage. This baggage is not something we can be proud of. This bill should have been dealt with 12 months ago.

The Andrews government has a responsibility and authority to deliver what they determine is the best fire service for Victoria and have every right to reform fire services in this state. However, these reforms will create a complete upheaval of the fire services in Victoria, so the government have an obligation to engage not only the public regarding these reforms, but they need to bring along all the key stakeholders. My view is that has not been achieved.

Aspects of this bill I can support; major points I do not. It is not the first time I have taken a different view from this government, and I suspect it will not be the last.

I am concerned about numerous things in this bill.

I am concerned that we, in this place, are being asked to vote on presumptive rights, that health care will be more difficult to achieve for one set of Victorians than for another group of Victorians who are all working in the community’s interests. This is simply wrong. We should never have been put in a position of choosing one group over another. The CFA cannot have the same presumptive rights unless we accept the fire services reforms. This is simply unfair.

Obviously the presumptive rights part of this legislation has my wholehearted support. Presumptive rights which are dealing with the health and welfare of firefighters should have and could have been dealt with some time ago if they were presented in a separate bill. These presumptive rights reforms must be the same for the professionals and the CFA volunteers. When we see a fire truck with lights and sirens we never distinguish them from each other. They are all just heroes to us.

I am concerned that the Andrews government is about to embark on a set of major reforms of fire services and has not been able to bring along a large number of stakeholders on this journey of reform.

I am concerned, along with others, that Melbourne and our state face massive population growth, which requires the best fire services available. We must make sure our professional and volunteer firefighters have a unified management structure, a process to satisfy the necessary operational issues and funding, training and resources. Many are not convinced, and it would be arrogant to ignore their concerns.

I am concerned that this house is rushing it. I know for those who have been here longer this is a bit like groundhog day, but there are 15 new members of this house, people like myself. We only received the legislation from the Assembly on 6 June. The 15 new MPs in this house were first briefed on this on 3 June. Those of us who only came to this place on 24 November 2018 have had only six or seven working days to consider a technical document with 170 pages and 34 amendments and then had to try to engage with our constituents and stakeholders and reach an informed view. That was simply impossible for us to achieve. There may be those in the red team and the blue team who prefer that this diverse crossbench, this team of many colours, not be here. We are. We do not have the resources of the majors, so our needs will need to be considered and should be accommodated.

I understand the government wants to resolve this issue. It is an important issue. We must resolve this and not drag this out just for the sake of dragging it out. However, it is unfair to ask us to decide on these very serious reforms in such a short period of days. This is not in the public’s interest.

I am concerned with the feedback, which has been overwhelming and staggering, from the volunteers from across the state. Based on the number of emails and contacts to my office, I suspect the crossbench would have received thousands of emails. I do not think I am Robinson Crusoe here.

I would like to talk about volunteers, in particular one volunteer. His name was Greg Garrett. He was unrelated and unknown to our colleague Ms Garrett. I want to talk about Greg because he typified the men and women who make up the CFA volunteers. Greg and I were mates since we were teenagers, and Greg lost his health battle last year.

He did not quite make his 40th wedding anniversary. He loved his wife, Sandra, adored his two gorgeous daughters, Gemma and Alex, and he loved the CFA. Greg was a great cook, enjoyed a feed, enjoyed a beer and loved a chat—he really enjoyed a chat. His passing was not related to his role as a veteran CFA volunteer. Greg was a 25-year veteran of the CFA and was made a life member of the Gembrook Rural Fire Brigade. He never got to wear his lifetime membership medal or his 25-year veteran medals but for the day they were presented to them.

I do not know how many hundreds of times over the last 25 years that Greg was called out, but he was proud to do it, he enjoyed it and like tens of thousands of others who volunteer for the CFA he never complained. His family are so proud of him. I was proud to be his friend.

Greg was a worker: he always worked full-time, and like thousands of others he donated his spare time to the CFA for the benefit of the community. If he was here, he would say to me for struggling like this, ‘Toughen up, princess’. He never sought attention, and he was happiest to be at home with his family and working in the garden when he could. But if you needed help, he was always available. He was truly a good man and a good friend. He was a good CFA man.

We should also remember the families of volunteers—the commitment and the sacrifices they also make. Greg was opposed to this bill, as were his mates. They have serious concerns. It has been over 12 months since this bill and its amendments did not pass in this place.

This bill has caused and will cause many experienced volunteers to walk away. Experience cannot be replicated overnight. This will take years. But we know life will go on; the CFA will go on, and there will be new volunteers, because that is what Aussies do.

I would like those in the house to reflect on this: when we are all tucked up in our beds tonight, somewhere across this great state of ours a pager is going to go off and a volunteer is going to get out of their bed—not because they have to, not because they are getting paid to, but because someone in their community is in trouble. We should all be very, very proud of our volunteers.

I ask this house: have we done the best we can? I do not think we have.

It is for those reasons I cannot and I will not support this bill.