We received a response this week from the Minister for Planning, Richard Wynne following Mr Barton’s question in parliament regarding the need to get legal representation to present individual cases on the North East Link Environmental Effects hearings.

In his response Minister Wynne said those appearing before the North East Link panel hearing aren’t required to “lawyer up” and assured members of the public they would not be cross-examined by inquiry advisory committee (IAC)  members or lawyers for the North East Link Authority. 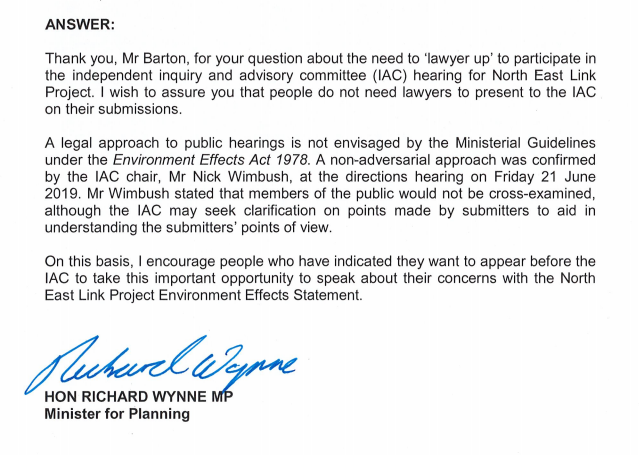 The NEL Authority has a team of lawyers assigned to present its case to the panel, with local councils and other stakeholders also bringing lawyers to the directions hearing in June and using legal teams to present to the IAC.

“I encourage people who have indicated they want to appear before the IAC to take this important opportunity to speak about their concerns with the North East Link Environmental Effects Statement,” said Minister Wynne in his response. 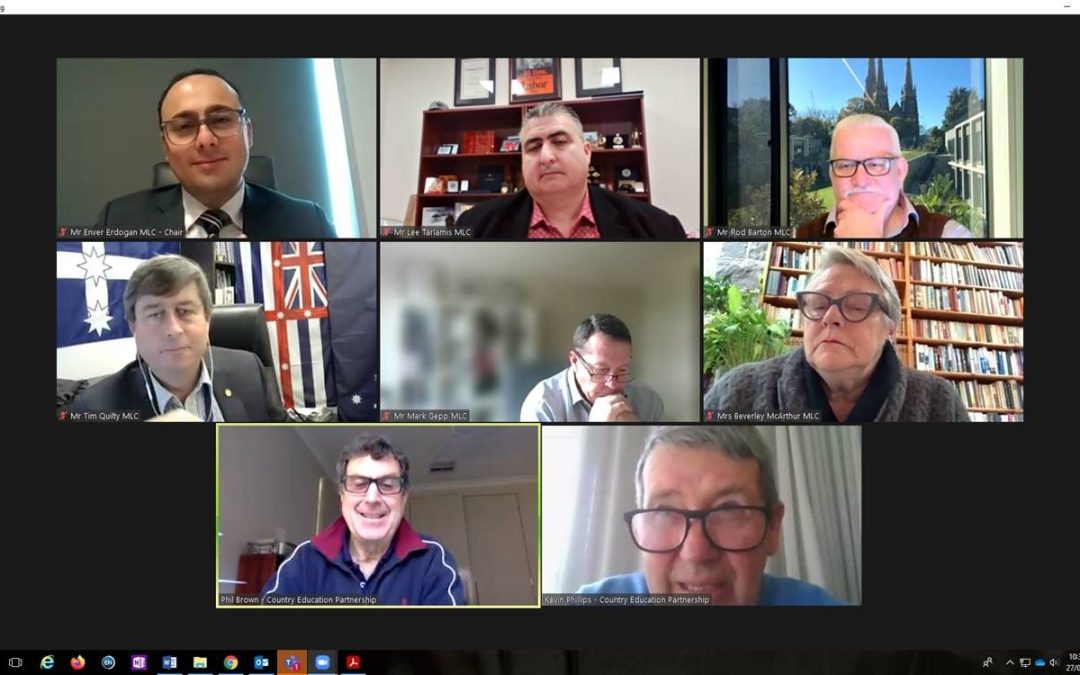 Today we had a fantastic hearing for the School Bus Inquiry! We heard many perspectives. It was great to have committee members that are from regional Victoria and understand first-hand how a lack of public transport can disadvantage those living in rural and remote... 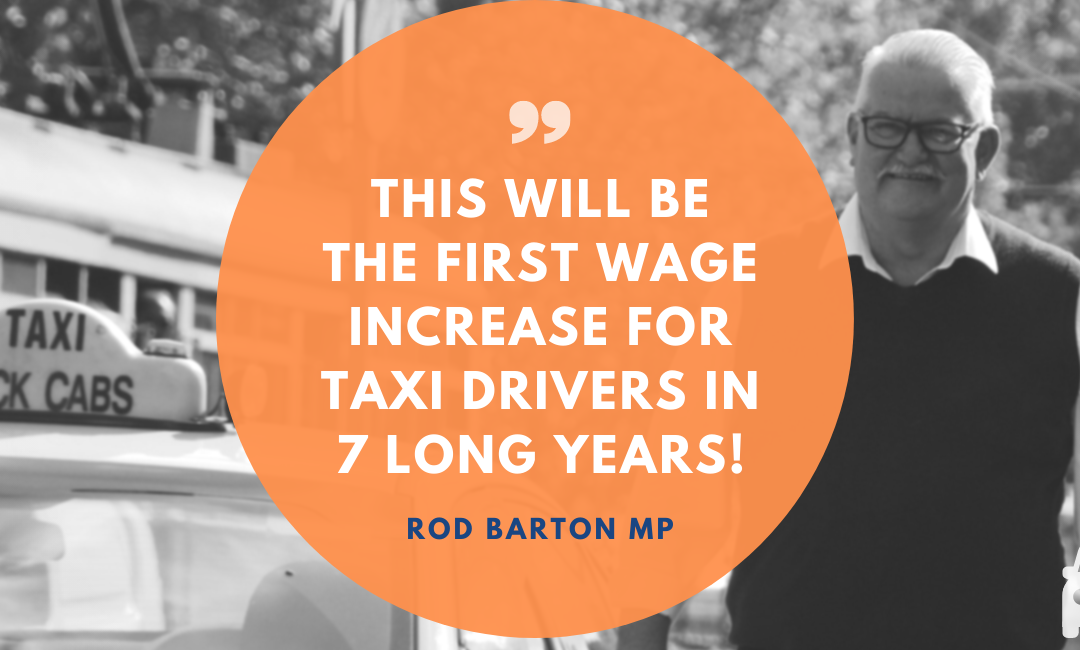 Today Rod Barton MP successfully moved amendments that will deliver a modest fare increase of 2.5% to taxi drivers from July 1st of this year. This will address the fact that these taxi drivers have had only 1 fare increase in the past 13 years. Previously the...

Mr BARTON: I move: 1. Clause 2, line 2, after “sections” insert “22A,”. The amendments to this bill are slightly different to the previous ones we put up. The intent has not changed but the mechanism of how we achieve it has. These amendments will deliver a modest...