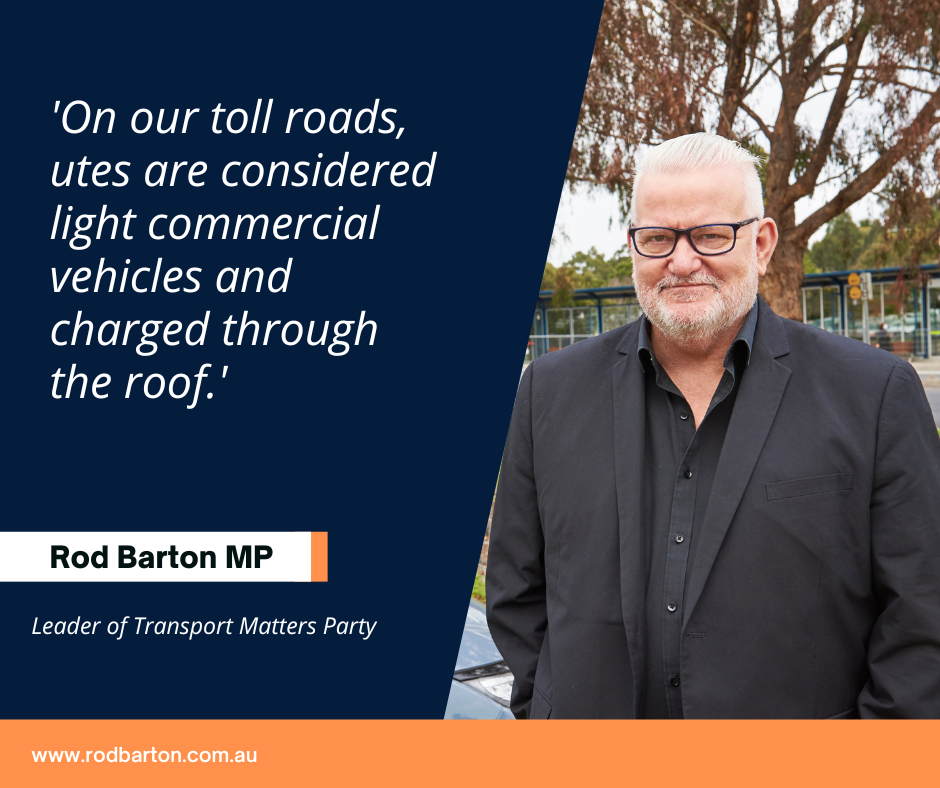 My question is for the minister representing the Treasurer. Only this week the New South Wales government announced a new toll rebate scheme that will help alleviate the rising cost of living. After spending more than $375 on tolls in a year, drivers will receive a 40 per cent cash rebate on further charges. This will be paid into their bank accounts. Drivers will be limited to a maximum of $750 in rebates per annum. Treasurer, will the Andrews government alleviate the cost of living by following the lead of New South Wales and provide some toll relief to Victorian drivers?

Ms TIERNEY (Western Victoria—Minister for Training and Skills, Minister for Higher Education) (12:02): I thank Mr Barton for his question. Obviously this is information that he has in respect to changes that have been made in New South Wales. I will refer that matter and the question to the Treasurer for his response.

Mr BARTON (Eastern Metropolitan) (12:03): Thank you, Minister. On our toll roads utes are considered light commercial vehicles and charged through the roof. A Range Rover, which is heavier and larger pays a car rate; an 11-seat people mover pays a car rate; yet a ute is hit with a commercial rate, which is almost double. We know that utes are popular vehicles among families, tradies and people who tow. Would the government consider advocating with Transurban for the tens of thousands of families who drive utes to bring us in line with the New South Wales tolling system?

Ms TIERNEY (Western Victoria—Minister for Training and Skills, Minister for Higher Education) (12:03): I thank Mr Barton for supplementary question, which will also be referred to the Treasurer for his response.