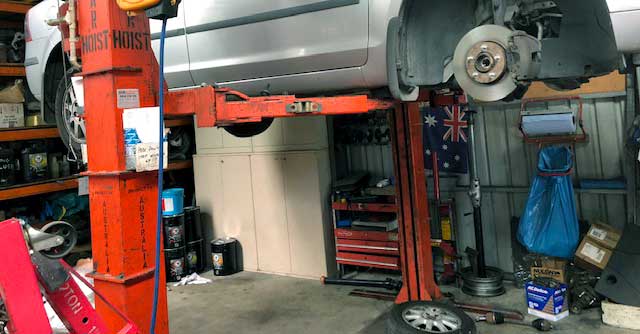 The industry regulator, Commercial Passenger Vehicles Victoria, accepts both the Redbook Inspection preferred by rideshare drivers and the official VicRoads accredited road worthy certificate by a licensed vehicle tester, but Mr Barton says these tests were not the same.

In June Mr Barton raised the matter with Minister Horne, who assured him then that there were not two standards.

“The industry does not agree, and nor do I, so we ran our own test by taking a vehicle to be tested by both RedBook and a licensed vehicle inspector.

“The vehicle obtained a fail from Redbook inspectors because the front number plate was not visible because of the position of a middle driving light. We were invited to return within 14 days with the problem rectified and collect  a certificate.”

“The vehicle failed the roadworthy inspection because of faulty front brakes. It needed new brake pads and the mechanic also removed and replace the disc rotors, replaced the wiper blades and fixed the driving light obstructing the front number plate.”

Redbook offered a visual inspection only, which didn’t involve putting the car on a hoist and having a look, removing any wheels to check brake pads, or even taking the vehicle for a road test.

“There is no way the Redbook test could have detected the faulty brakes,” says Mr Barton.

“These RedBook inspections make a mockery of VicRoads Roadworthy standards and have the potential to put the travelling public at risk.”