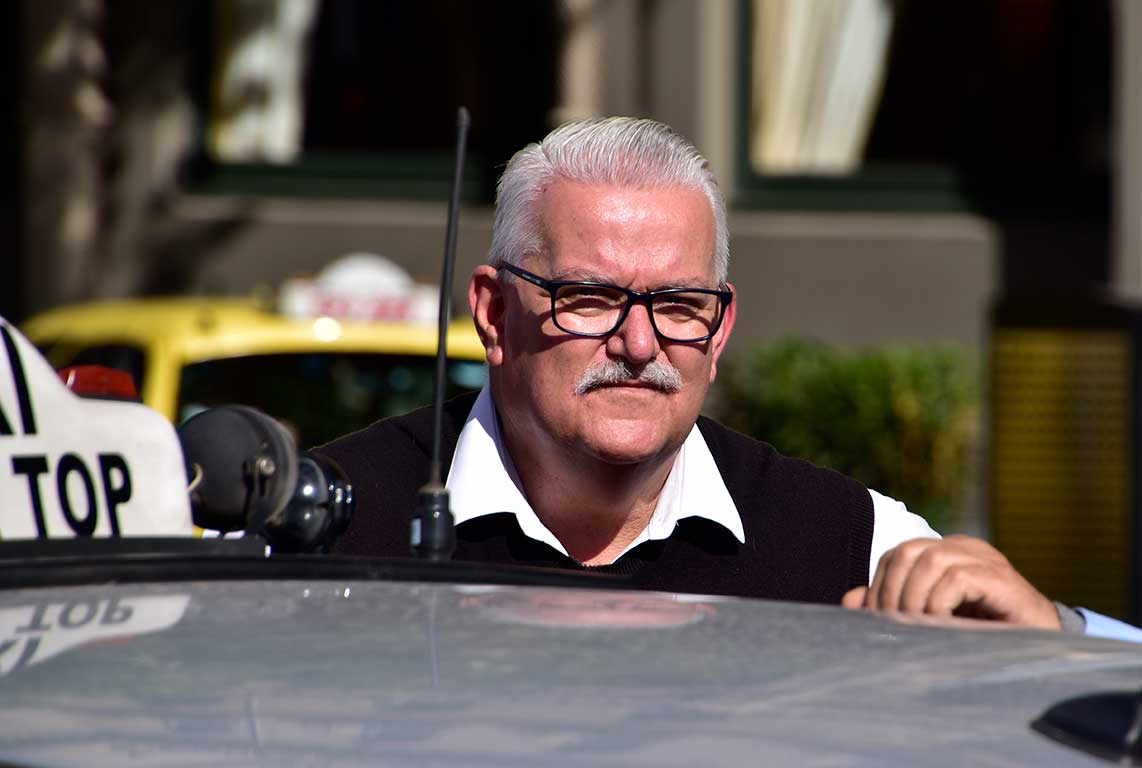 Today in Parliament Rod delivered his rebuttal stating that the pain and financial devastation that Taxi and Car Hire licence holders have endured deserves proper recognition.

Mr BARTON (Eastern Metropolitan) (10:00): I will not respond to Mr Quilty. He is technically wrong. However, two weeks ago I introduced a motion in this house to address the dire consequences of the commercial passenger vehicle (CPV) reforms of 2017 and to seek to repair the past and create a pathway to move forward. I shared with you my own personal story and called on you all to acknowledge the economic devastation that was caused when the taxi and hire car licences were revoked for a fraction of their worth for some, and nothing for others, and to recognise that deregulation has caused a glut of commercial passenger vehicles on our roads, threatening the viability of the industry and pushing driver exploitation to new heights. Thank you to those who have contributed to the discussion, many of you in support of the argument I put forward.

Today, however, I wish to concentrate on the thoughts of the Andrews government, represented by Mr Melhem’s contribution only a fortnight ago. Rather than acknowledge the pain and financial devastation that stakeholders of the commercial passenger vehicle industry have endured as a consequence of these reforms, Mr Melhem instead chose to question whether taxi and hire car licences even constitute property and whether the revocation warrants any compensation. Mr Melhem deferred to an ongoing legal case—in fact there are three legal cases in the Victorian Supreme Court, and that should be a red flag for the government—which is seeking to address the issue, and suggested the matter is best avoided entirely until then lest Parliament interfere with the legal process. Disappointingly, the argument I was making has been missed by my friend and colleague. At no time when we recently debated the revocation of fishing licences in the Gippsland Lakes was there a debate whether the licences were property. Fishing licensees were properly compensated because their licences were fundamentally treated like property and relied on like property in the hands of the bearer, so they were fairly considered as such.

Recently I obtained further legal advice from a QC and a barrister to postulate this very idea of property, and I quote from them:

Often the layperson and even the lawyer falls into the trap of supposing the term property to connote the thing which is the object of ownership, but property is not a thing but rather a relationship which one has with a thing.

I will attempt to translate that into Rodspeak. Essentially what this means for taxi and hire car licences is: if it looks like a duck, if it swims like a duck, if it quacks like a duck, then it is property. Taxi and hire car licences were treated and relied upon financially by those who held them precisely like property. Federal and state government departments and financial institutions also consider them as income-bearing assets—property. Obtaining current legal recognition of whether it is or is not property has no bearing on the moral argument that we have before us, and that is that the removal from an individual of an income-bearing item of monetary value without proper compensation is ethically bankrupt. To hide behind a determination being sought by the courts does nothing for the people most affected, who continue to suffer financially and emotionally as a consequence of the decision of this government. It is simply unreasonable, unfair and unjust. The hardworking people of this industry deserve better. We must make this wrong a right.

The Andrews Labor Government can no longer hide behind closed doors. Today in Parliament Rod delivered his rebuttal stating that the pain and financial devas…

Mr Melhem, I know in my heart of hearts that you understand this, and I appeal to you to put the political spin to one side and sympathise with the more-often-than-not migrant working people of the commercial passenger vehicle industry. Mr Melhem, we shall reminisce about what you had to say in this place on 22 June 2016, when this very chamber debated the introduction of the Ridesharing Bill 2016. Maybe my words do not carry any weight. Maybe I am too easy to ignore. But Mr Melhem, let us use your words, taken from Hansard on that day in 2016, before the CPV reforms were announced. I quote Mr Melhem:

In order to address this issue we cannot simply with the stroke of a pen put in quick legislation and say we will now legalise ridesharing and that is the end of the matter. Unfortunately it is not as easy as that. This is a multibillion-dollar industry, and some estimates by the Victorian Taxi Association show that, for example, the value of current taxi licences in Victoria far exceeds $1 billion. So there is an issue that needs to be addressed.

I could not agree more with Mr Melhem. His assessment of the value of the privately held taxi and hire car licences which have been revoked as part of the reforms is accurate—over $1 billion wiped clean. Mr Melhem went on to say:

It is very important to look at opening up the industry for competition—I think it is a great thing—but it is also important that while doing that we do not send current operators to the wall. As I said, the Victorian Taxi Association has valued the current licences in Victoria, and these are not figures that have been plucked out of thin air. As a result of regulation over the years—however many decades—state governments have required these operators to pay a certain amount for licences and to meet certain regulations et cetera, and over time people have put in a lot of investment, rightly or wrongly, in the industry based on the rules at the time.

Now we are changing the rules, and that will have an impact on these people. I do not think it is fair. We need to address that.

Yes, Mr Melhem, we do need to address that. You suggested at the time, and I quote again:

There could be some sort of levy for a fund to be put in place to compensate these people, because for many of these people that is their pension—that is their retirement nest egg—and we definitely do not want to see them going to the wall.

Well, Mr Melhem, we can tell you many of us have gone to the wall. The very outcome you wished to avoid came true in this living nightmare for thousands of taxi and hire car families: some have lost their homes, others are paying for loans for assets they no longer own, others have been left without their superannuation and are now reliant on government benefits. I know what trade unions think about stripping people of their superannuation unfairly for the sake of government reforms. We must do better. It is possible to address this. We have a plan, and it is time to do it now.