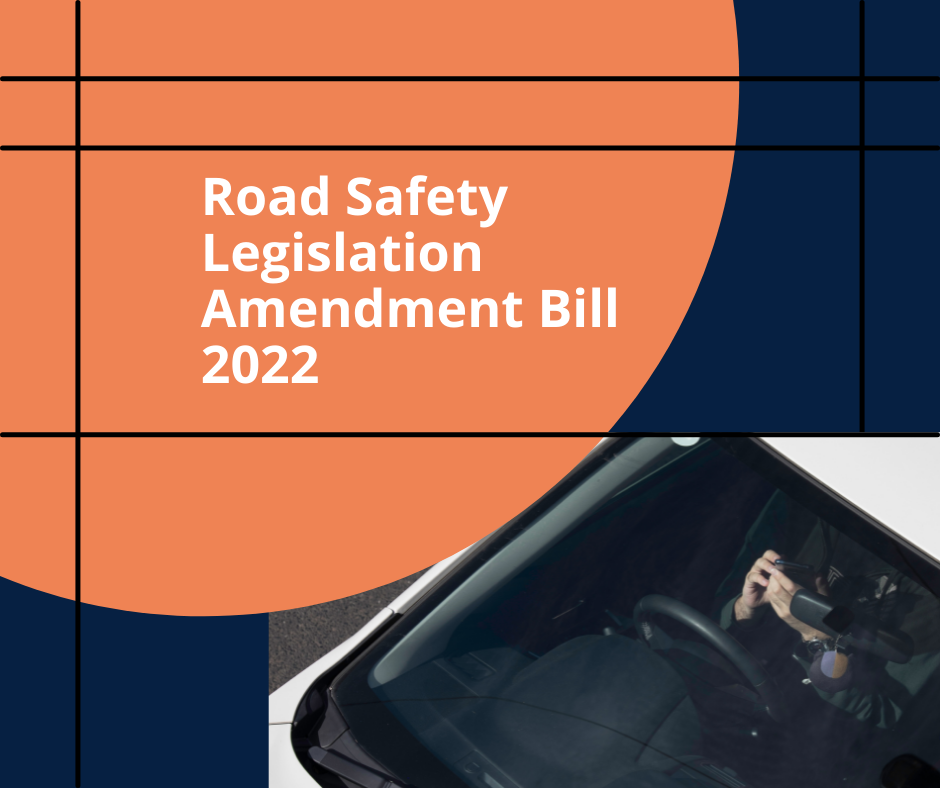 I rise to speak on the Road Safety Legislation Amendment Bill 2022. Road traffic death remains the number one killer of children in Australia. Death on our roads does not need to be a certainty. These accidents, these deaths, are preventable. There are more than 150 cities across the world where no kids or adults have died on their roads for five years or more since 2009. We have much to learn. In cities such as Oslo and Helsinki, pedestrian and cyclist deaths were cut to zero in 2019. In Belfast and Edinburgh they have managed to reduce speed crashes and road safety deaths as well.

I absolutely support the delivery of the road safety strategy but believe that we can go further. The government aim of reducing the road toll by 50 per cent by 2030 could be more ambitious. This bill is a step in the right direction and will address the distracted driving that has plagued our roads. I for one know what it is like to be in a head-on collision, being hit by a person at high speed while he was distracted on his phone. By enforcing the use of seatbelts and penalising those caught using handheld devices while driving we can deter these dangerous driving habits. In 2021, 31 people died while not wearing a seatbelt. For most of us, wearing a seatbelt seems obvious, but we cannot become complacent. New South Wales and Queensland have already deployed camera detection technology.

This bill will mean that we can employ discreet cameras to identify drivers illegally using a phone or not wearing a seatbelt. The cameras allow high-resolution images to be captured in all conditions and for those images to be reviewed in real time to detect potential offences. There will be a $496 fine, and four licence demerit points would then be issued to the registered owner of the vehicle, who can then pay the penalty or elect to go to court. This comes off the back of a trial from two years ago. The trial was conducted over three months in Melbourne, and in that time it identified 679 438 vehicles breaking the law, equating to one in every 42 photographed drivers. It is clear we have a real problem on our hands. Road safety regulations have to adapt to modern technology. When phones were first introduced, driver distraction was not recognised as a really serious or emerging road safety issue.

However, it has become apparent that mobile phones and our reliance on them are impacting road safety. Up until now, distracted driving has caused a whole lot of new road accidents, and it has been entirely unaddressed. This is unlike drink driving or speeding, which are now fairly in control. Make no mistake, distracted driving is a killer on our roads. For those that are concerned about being unfairly fined by the new technology, let me address your fears. The photo behind every mobile phone camera fine, captured and transmitted electronically, is assessed by a human eye, by a team of people based in Australia, before being sent to the vehicle owner’s address. Only images suspected of showing a mobile phone or seatbelt offence are sent through to be checked by the assessment team. This provision has public support. We have all seen those cars veering into other lanes, driving too close to the car in front or sitting at traffic lights long after they have already turned green and then, on closer inspection, seen the phone in the hand of that driver.

Studies suggest that drivers using a mobile phone are approximately four times more likely to be involved in a crash than when a driver does not use a phone. While the bill does address distracted driving and seatbelt use, we can improve the safety of our roads by introducing meaningful fatigue management regulations in our commercial passenger vehicle industry. There are too many loopholes, yet no efforts to seriously regulate fatigue management practices of operators have been made. This is about not just ensuring safe workplaces but also ensuring the travelling public have access to safe transport.

Due to their high amount of time on the road the drivers most at risk of fatigue are commercial drivers. On top of that, they face severe financial pressures to work beyond the legal requirements to make ends meet. Those in the gig economy have little to no protections and find themselves being forced to work more and more hours. Failing to do so can leave them without a job. We know that driving drowsy is similar in terms of slow response times and judgement errors to driving while intoxicated. Twenty-four hours without sleep is roughly equivalent to having a blood alcohol content of .10. Fatigue management and road safety go hand in hand. Regulating the hours our commercial drivers spend on the road is low-hanging fruit. I am disappointed to see fatigue management measures absent from this bill. Until the issue is addressed, Victorian transport workers will continue to be forced to drive for hours over the legal limit. We discussed this just yesterday. Until this issue is addressed, there will be pressure on truck drivers to drive from one side of Australia to the other and back without sleep. These workers are operating incredibly heavy vehicles that require constant attention. Failing to manage this fatigue puts all of us at risk. However, I will commend this bill to the house.