The taxi industry is at the coal face when it comes to arrivals into Australia and the risks associated with close social contact during this Covid-19 crisis. This week Rod has written to the Premier and asked in Parliament for support for drivers who are ill or must self isolate. With no sick pay and no holiday pay these are the hard workers who are getting Victorian’s home safely and they and their families deserve our support.

I’ve asked the Premier to support commercial passenger vehicle drivers who may be exposed to Covid-19.

We face great uncertainty at present with the threat posed by Covid-19 affecting every individual in Victoria, indeed the World. I congratulate your government on the leadership shown to date and wish you well in months to come.

You are well aware of my advocacy for the taxi and hire car industry, and increasingly ride share drivers as we work together to unify the industry and create better standards and equality for these small business operators.

The cancellation of events, such as the Grand Prix and AFL games, restrictions on non-essential travel and the self-isolation requirement for anyone entering Australia and Victoria from overseas are having a huge impact on drivers, especially taxi drivers and operators as rank and hail work from events and the airport becomes increasingly scarce.

Taxi drivers are not employees but are “employed” on a bailment system. Which gives them access to a network for booked and unbooked work. Some drivers are covered under WorkCover, but they receive no holiday pay, no sick leave, and no superannuation, the vast majority earn below the minimum wage.

As a group in our community they have been suffering since the CPV Reforms of 2017. Many of them have lost their homes, many are still repaying loans on taxi licenses that no longer exist, and many now have large tax debts from the badly handled fairness fund. They have struggled and worked hard to retain their dignity and pride in their work, as the number casual gig workers in the rideshare industry has increased exponentially, which has diluted their income streams.

Right now they are at the coal face of Covid-19 as it arrives into Melbourne. Self-isolation requirements mean travellers from overseas are going straight into self-isolation, but it is our taxi fleet that is driving them to private homes or hotels across the city that will house them. Drivers have reported their concerns and fear as they are exposed multiple times a day in confined spaces as they transport passengers from the airport.

Like many Victorians, they are frightened, They are especially concerned because, if they themselves become unwell or are identified as being exposed to a confirmed case, they will be required to self-isolate. If they don’t drive, they don’t earn. Again – there is no sick pay to claim, there is no holiday pay to take. But there are loans, rent and mortgages to pay and families to support.

Pre 2017 some operators may have been able to keep funds aside to allow for illness or holidays, but those heady days are long gone. The taxi industry is struggling to earn a minimum wage. A recent member survey by industry association Transport Alliance Australia showed many report an hourly rate of under the minimum wage – some as low as $10 per hour or less.

I ask you Premier to take this hard working group into consideration as you develop workplace compensation packages in Victoria and advocate for these groups with Federal Government support.

Also, I ask that an upcoming trial in Geelong of the multi-purpose taxi program (MPTP) in Geelong be postponed. In the current conditions this could signal the end for struggling Geelong taxi services. I have also raised with Minister Horne the unfairness of allowing Uber to buy its way into the MPTP market by paying the 50% subsidy itself during the trial and the need to ensure that anyone transporting people with disability be required to meet the same strict safety standards as the current taxi fleet working in this sector.

I thank you for your time and attention to this matter and would welcome the opportunity to discuss further.

Mr BARTON (Eastern Metropolitan) (13:02): My constituency question is directed to the Premier. Right now our taxi and hire car drivers are at the coalface of COVID-19 as it arrives into Melbourne. Self-isolation requirements mean travellers from overseas are going straight into self-isolation, but it is our taxi fleet that is driving them to their private homes and hotels across the city that will house them. Drivers have reported their concerns and fear that they are exposed multiple times a day in a confined space as they transport passengers from the airport. Drivers employed in the commercial passenger vehicle industry have no sick pay, no holiday pay and no superannuation. If they do not work, they do not get paid, and then they do not repay loans, do not pay their mortgages and do not pay their rent and their many expenses supporting their families. Therefore I ask the Premier to please consider how we may support drivers during this time and to advocate on their behalf at a federal level when discussing small businesses and sole operators.

The PRESIDENT: Mr Barton, you are doing that on behalf of the drivers in Eastern Metropolitan Region?

Motion – Repairing the Past 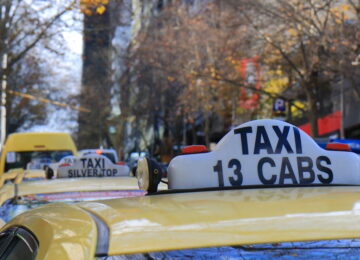 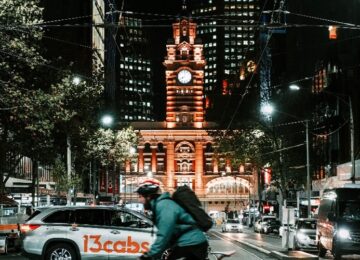