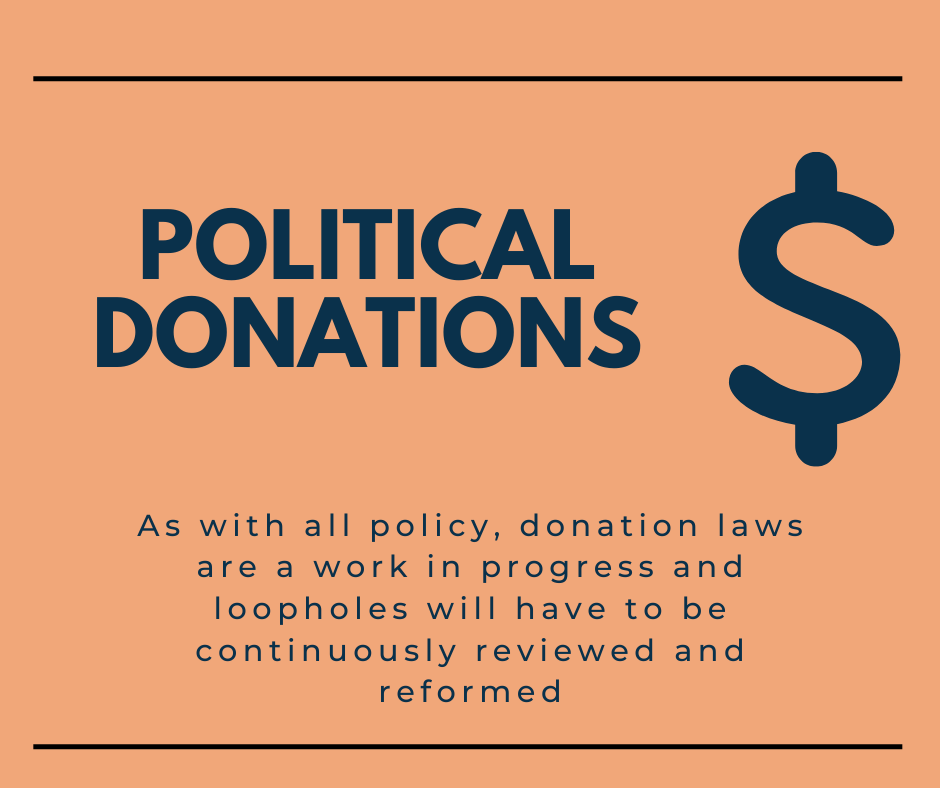 I rise to speak on Mr Hayes’s motion 735 on political donations. This motion seeks to acknowledge the importance of transparency and accountability in the process of making and accepting political donations. Absolutely the political donation process influences public trust as well as our Victorian democracy as a whole. We know that these donations can often be made with the intention of persuading a certain viewpoint or receiving something in return. This can create many issues when it comes to matters of fairness, private use of taxpayers money and what the best outcome is for the community.

I agree with Mr Hayes that it is critical for public trust in democracy that there is impartiality in government decision-making. I also agree we should consistently be reviewing and examining our donation laws to ensure public trust can be upheld. However, this should be achieved in a way that does not create unnecessary, impractical and overly burdensome reporting processes. Yes, there are certain issues when it comes to charging fees for attending party fundraisers that are far beyond the costs of running the event, though if this is a small sum, say $10, it would be unrealistic to expect hundreds of these small-sum donations to be recorded and stored for future tallies.

In Victoria we are lucky to have some of the strictest laws on political donations. Donations are restricted and capped, there can be no foreign donations and domestic donations are limited to a maximum of $4100 every four years. Every donation over $1000 must be disclosed to the public. The Victorian Electoral Commission must also be informed of any donation within one month of receipt of it. Absolutely these laws have increased transparency and prevented outside influence on political decision making.

As with all policy, donation laws are a work in progress and loopholes will have to be continuously reviewed and reformed. I support the further examining of the definition of ‘donation’ as proposed by this motion and look forward to hearing my colleagues’ views on this proposal. I will be supporting this motion.