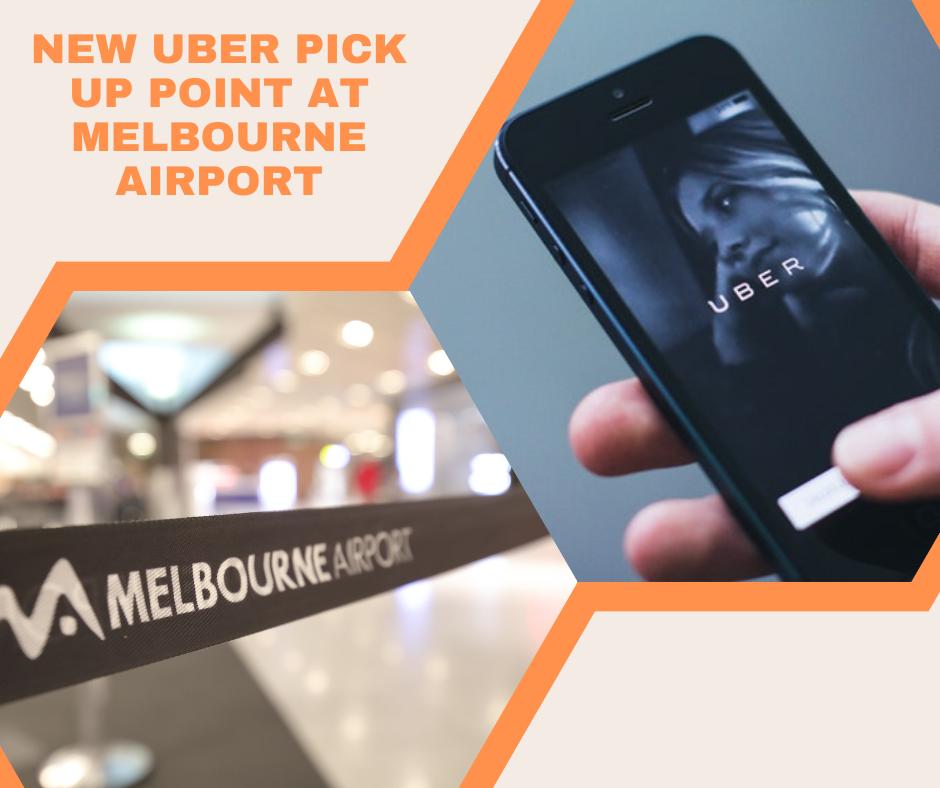 Last week Rod sent the following letter to The Hon Linda Reynolds CSC & The Hon Barnaby Joyce MP in regards to the new Uber pick up point and Melbourne Airport.

I am bringing to your attention recent changes at Melbourne Airport which have seen the replacement of the taxi rank that was traditionally located directly outside Terminal 2 with an Uber pick up rank. Unbooked taxis are now only able to pick up passengers from outside of Terminals 1 and 4, the ranks furthest from the main arrival’s hall. These changes were introduced on 14 December 2021.

My interest in this stems from my roles as leader of the Transport Matters Party and as an elected member of the Eastern Metropolitan Region in the Victorian State parliament. The Transport Matters Party was formed in 2018, in particular to represent the passenger transport industry as well as transport more generally. Since the changes to Melbourne Airport have taken place, I have received numerous complaints from both industry stakeholders and passengers alike.

Given that Melbourne Airport falls under federal jurisdiction and because these changes have negative consequences, particularly for disabled passengers, I am contacting you both to inform you of the feedback I have received relating to this decision and to seek your support to remedy the situation.

Melbourne Airport claims to have been prompted to make this decision due to changing passenger preferences, however, Uber only accounted for 27 per cent of commercial vehicle pickups at Melbourne Airport in 2019. Now, passengers must walk much further to reach a taxi service. Alarmingly, this includes passengers requiring wheelchair accessible taxis – Uber does not even provide such services.

The current changes have come into effect without any formal engagement or negotiation with the taxi sector of the industry to consult with them over the intention to relocate the dedicated taxi rank, merely a notification of the airport’s final decision.

There should have also been some level of consideration for passengers and the convenience offered to them to use a service of their preference and one which meets their needs. This is particularly relevant for wheelchair users and customers requiring high occupancy vehicles with capacity for more than 4 passengers as well as extra luggage.

In the few short months since this change has been implemented, I have been advised of countless complaints from passengers relating to the difficulties they experience and the inconvenience of walking the much further distance to use a taxi whilst carrying luggage. There has also been much confusion as the signage directing passengers to taxis is yet to be updated.

The burden of travelling further with luggage is amplified for wheelchair users who have no option but to use a taxi as Uber does not offer wheelchair transport services. It also equally impacts other passengers such as the elderly who often prefer to use a taxi or those who do not have the technology to use an Uber. At most other venues, disabled and wheelchair pickups are allocated premium locations so that passengers are not required to travel too far to engage a commercial passenger vehicle suitable for their needs.

Other stakeholders in the commercial passenger industry including taxis, hire cars and non-Uber rideshare services have raised complaints that Uber has been given a clear commercial advantage, both financial and through convenience for clients. The new premium Uber pick up point outside Terminal 2 is staffed by Uber employees who encourage and assist passengers arriving in this area expecting a taxi to download the Uber App if they have not done so already. This enables passengers to then be paired with the first Uber vehicle on the rank ahead of them rather than walking to terminal 1 or 4 for a taxi, even though this may have been their original preferred mode of transport. Many of these passengers are reportedly being gouged surge prices thinking their only way out of the airport is with an Uber as there is not a taxi to be seen. I have been told that Uber staff are falsely informing passengers who ask for a taxi that there are none rather than directing them to the taxi rank.

A major imbalance now exists which allows one party to gain a significant advantage at the expense of others. It should not be within the capacity of Melbourne Airport to limit competition in any business or service operating within the airport and they should not be complicit in enabling Uber to buy out their competition in the absence of a fair and open tender process. This arrangement sets a dangerous precedent which may ultimately contribute to taxi operators deciding to simply cease their airport pick up service. Is it appropriate for a company such as Uber to use their wealth to buy exclusive access to a rank which was otherwise free to use in order to remove their competition?

There has been a clear lack of consultation with industry stakeholders and groups representing the disability sector as well as passengers more broadly.

What has occurred instead was an ambush. The taxi industry was denied knowledge of the impending rearrangement of airport ranks and was not invited to negotiate conditions which may have allowed them to retain access to the rank at Terminal 2 arrivals. Likewise, the vast majority of passengers who prefer to use taxis or need a wheelchair accessible vehicle or those who have high occupancy needs have been disregarded.

Melbourne Airport is a private enterprise, and this decision is the result of a private commercial arrangement with Uber. On face value, such a private arrangement may be entirely legitimate, however there should have been an open, transparent, inclusive and competitive process for allocating rank areas to the various stakeholders in the commercial passenger vehicle industry. There should have also been better engagement and feedback from consumers and the disability sectors.

I have separately put this matter to the Australian Competition and Consumer Commission to investigate further the process that was undertaken which resulted in this private arrangement between Uber and Melbourne Airport. The basis of my complaint to the ACCC relates to Section 45 of the Competition and Consumer Act 2010 (Cwlth) (CCA) which prohibits contracts, arrangements, understandings or concerted practices that have the purpose, effect or likely effect of substantially lessening competition in a market, even if that conduct does not meet the stricter definitions of other anticompetitive conduct, such as cartels. The ACCC is responsible for enforcing this provision (and other competition provisions of the CCA) and I expect them to do so if their review deems this necessary.

As ministers with direct responsibility relating to this matter, I again seek your input and intervention to address the decision made by Melbourne Airport which discriminates against disabled, elderly and technologically incompatible consumers in the passenger transport industry by denying them a conveniently located pick up point for passenger services of their choosing and requirements. I also seek your consideration of this situation which now limits the perceived choices of all passengers and encourages predatory behaviour from a large multi-national organisation frequently known to charge excessively for their services.

I would be pleased to meet with both of you either individually or together to discuss this matter further and look forward to your responses.

Thank you for your letter of 21 February 2022 regarding transport access at Melbourne Airport.

As indicated in your letter, Melbourne Airport is making changes to the layout of kerbside pick-up zones in response to changing customer needs and preferences. While I understand your concerns that these changes are of benefit to companies such as Uber, Melbourne Airport has indicated the taxi ranks will remain easily accessible and signage across the airport site will be maintained and changed where necessary so there will be no disadvantage to taxis.

I appreciate your advocacy on behalf of people with disability who use the airport site and public transport more broadly. I acknowledge your concerns that the travel distance to the taxi ranks may be difficult for some travellers however, I am advised that Melbourne Airport makes available its airport concierge service to passengers with disability. This service assists these passengers wherever they need to go, be it a taxi or their own vehicle.

I understand that the changes made by Melbourne Airport also improve safety by eliminating more than 1 million pedestrian movements across the forecourt each year. Reducing the number of pedestrian crossings not only increases safety outcomes but means less delays for vehicles travelling through the forecourt, which will help to reduce traffic congestion into the airport site.

You may be aware that the airport has signalled a series of Elevated Road and Forecourt projects in its current 2018 Master Plan. These projects will see significant improvement in surface transport access into and out of the Melbourne Airport site, in order to decrease congestion and improve passenger safety. Stage 1, consisting of a new elevated road from the Tullamarine Freeway to the Terminal 4 transport hub, obtained ministerial sign-off in in 2019.

In October 2021, I approved Stage 2 of the project, which will see the elevated road extended into a brand-new forecourt precinct, making passenger pick-ups and drop-offs safer and addressing capacity issues on the airport’s road network to deliver a much more reliable and convenient journey into the airport. These improvements will also benefit commercial and freight users of the airport.

If you have not already done so, I encourage you to peruse the finalised documents on Melbourne Airport’s website at www.melbourneairport.com.au/Community/Projects/Elevated-Roads.

You may also be aware that the Department of Infrastructure, Transport, Regional Development and Communications is currently seeking feedback on the Stage 2 Reform of the Disability Standards for Accessible Public Transport 2002 (the Transport Standards). The reform process is looking at ways to improve the Transport Standards to ensure they meet their objectives of removing discrimination for people with disability in accessing public transport. Further information can be found at www.infrastructure.gov.au/have-your-say/stage-2-reform-disability-standards-accessible-public-transport-2002. I would appreciate you also forwarding this link to your constituents for their consideration.

Thank you again for bringing your concerns to my attention. I have copied this letter to Senator the Hon Linda Reynolds CSC, Minister for the National Disability Insurance Scheme.