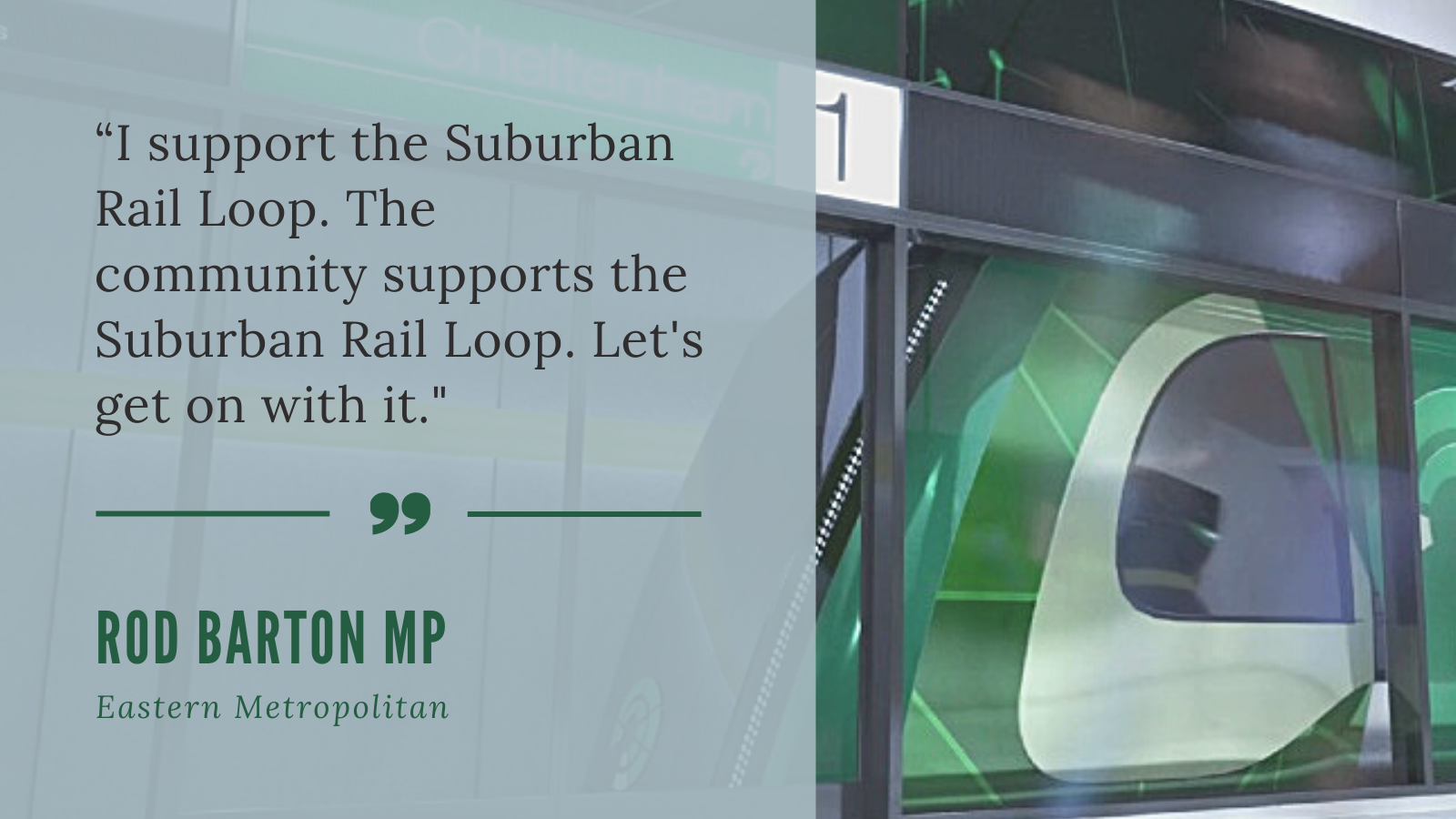 This legislation set up a dedicated agency to manage the planning, development and construction of the rail loop, which is expected to begin next year.

The loop will provide 24,000 jobs to the community, take 600,000 vehicles off the road and connect economic hubs throughout Melbourne’s East.

Barton does not want to see this critical project slowed down.

Historically, the Eastern suburbs have been left behind, with public transport falling short of what is needed to maintain community, accessibility and manage population growth.

In fact, the City of Manningham is the only metropolitan local government area that is not connected to rail and relies entirely on bus services.

Doncaster have been promised a rail line for over 130 years, but it has never been followed through.

Yet again, Manningham is missing out. Stage 1 of the rail loop falls short.

Barton has been lobbying the Government for Doncaster to be connected to the rail loop in the first stage of construction since the outset. This would bring significant economic benefits to all of Victoria, especially given Doncaster Westfield is Victoria’s third-largest shopping precinct, has a turnover of $825 million per year, creates thousands of jobs, and sees over 15 million customer visits annually!

Barton believes that building a project of this scale and ambition takes a leap of faith. The community is more than ready.

“Doncaster have been begging for a rail line for over 130 years. It is time a government follows through with their promises.”