Yesterday a group of cross bench MPs and I wrote to Victorian Liberal Party leader Michael O’Brien in the hope that he might have some influence over his Federal counterparts in saving the broadcasting licence for Channel 31 in Melbourne and Geelong. Read our letter here.

The response received today from the Hon. David Davis MP was disappointing – our local Liberals made no promises to intervene beyond efforts made late last year. Read his email here.

Channel 31 has just four days of airtime before it becomes white noise on June 30.

But it’s not too late!

Send your message of support for Channel 31 to the following ministers and members of parliament: 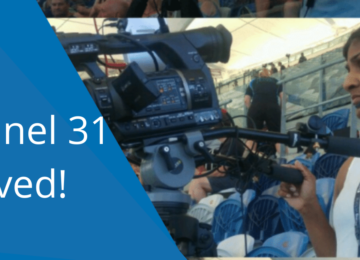 Save Channel 31 – save community television