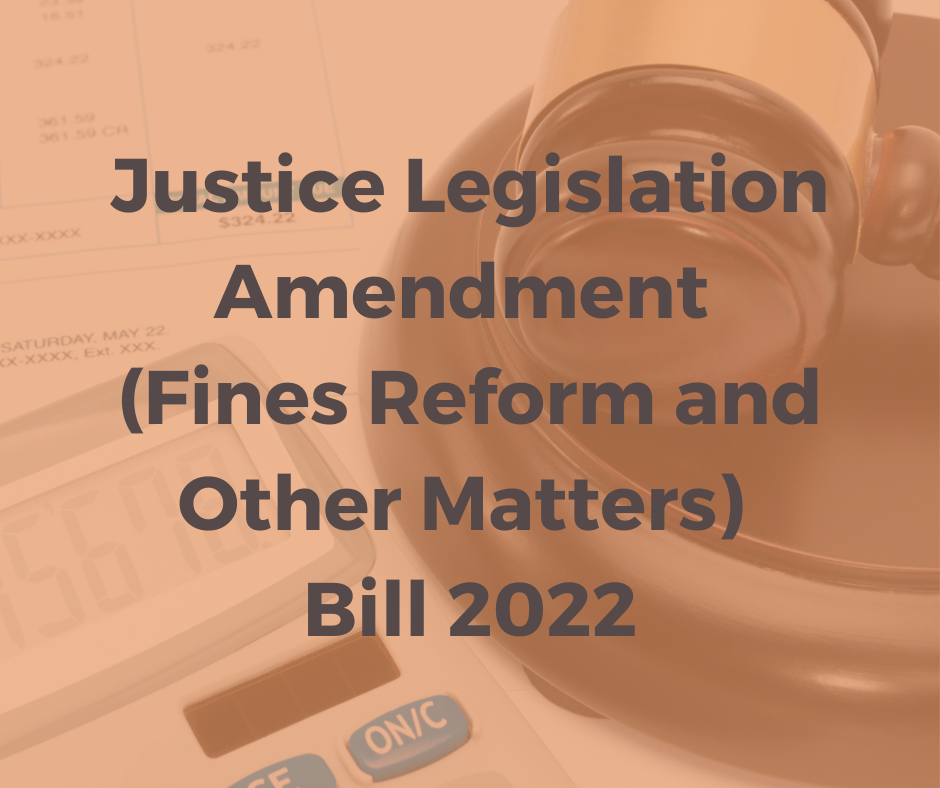 I rise to speak on the Justice Legislation Amendment (Fines Reform and Other Matters) Bill 2022. The bill seeks to implement a number of fines reforms from the Fines Reform Advisory Board recommendations to make the fines system fairer and more effective. While the bill is largely positive, we have concerns that the current draft does not address the toll fines withdrawal process adequately and risks it continuing to overburden people experiencing financial hardship with fines they simply cannot afford to pay, and that is why we will be moving amendments a little later.

When Melbourne toll roads were first established, criminalisation of the breach of contract between the toll road operator, the TRO, and the driver was built into the system as a cost-recovery mechanism. This means that once a fine is issued the matter is passed entirely to Victoria Police to pursue and the TRO retains no power to collect that debt. This has led to a significant administrative burden on the police, the courts and Fines Victoria. More often than not consumers do not realise they have significant fines issued until much further into the process, usually when the sheriff contacts them and well after the window for pursuing hardship considerations with the TRO. This is leaving some of the most disadvantaged drivers with disproportionate penalties. As an example, if you drove on a toll road every week for a year, you would be liable for fines in excess of $20 000.

In an attempt to address these issues TROs have recently developed nuanced hardship schemes for drivers who cannot pay and are experiencing other disadvantages to stop punishing people who can least afford it. While these measures are a valuable mechanism for consumers and go beyond the Victorian government’s fines system’s special circumstances measures, they have been hard to implement in the limited window in which the TROs can interact with drivers. I believe it is only appropriate to extend the period in which TROs have oversight of the debt fine and can implement their hardship schemes or have a fine removed. TROs are best placed to make decisions about toll fines withdrawal at every stage of the process, because the debts originated with them and because they have robust hardship schemes based on information that they cannot share with police because of privacy laws. Allowing TROs oversight in the entire process will also free up the time of the already overburdened police, the courts and Fines Victoria and have a positive impact on fines and recipients.

We will be moving some amendments.

Mr BARTON: To achieve this I am putting forward the following amendments:

This recognises it is not appropriate for discretion to be left with police, because they will not be equipped with the right information to make this decision.

These changes will go a long way to making the fines system fairer and more effective.

Most drivers who receive fines come from outer suburban areas, where alternative transport options are extremely poor. Many drivers have been stuck in the justice system for years because they have no means to pay the fines, and they will invariably end up in the Magistrates Court facing possible imprisonment. Simple early intervention under the TRO hardship scheme will stop these issues before they even get this far, which is good for the system and good for the people. I also want to make it clear that Transurban fully supports these amendments.