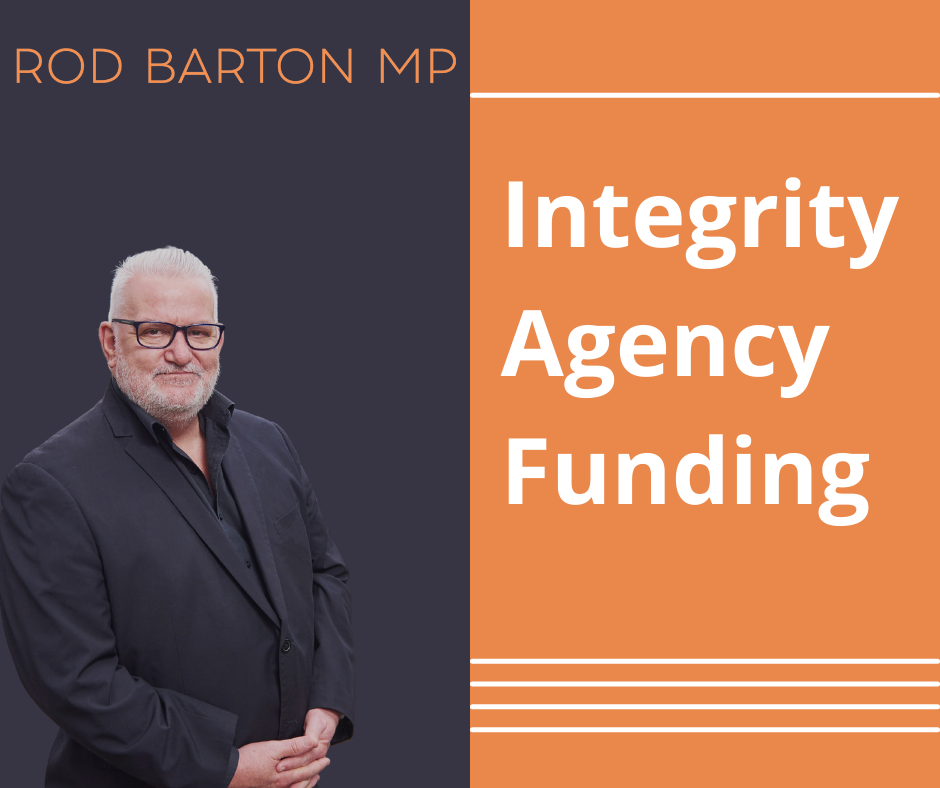 This is a serious matter, so I went and sought some advice from the very integrity agencies we are talking about and also the Law Institute of Victoria, and I have concluded this motion is very concerning. It essentially seeks to undermine and inappropriately fetter the independence of our parliamentary committee system, a system that is a critical function of this Parliament and fundamental to our democratic process. The Integrity and Oversight Committee, in accordance with the Victorian constitution and the well-established doctrine of the separation of powers, acts independently, as do all our parliamentary committees. Parliamentary committees should not be subject to external influence or political control. As a member of the Economy and Infrastructure Committee and the Public Accounts and Estimates Committee, I know well the importance of these committees in independently holding government and the public sector to account. I also know that committees are required to function and operate in accordance with the parliamentary law and custom and the Parliamentary Committees Act 2003.

In relation to the matters referenced in part (1) of the motion, the Integrity and Oversight Committee has provided a clear statement clarifying the details of the hearings that have been conducted in relation to witness welfare in recent weeks. Under section 7 of the Parliamentary Committees Act 2003, the committee is prohibited from investigating any matters being investigated by an agency, including reviewing any decision by an agency to investigate, not to investigate or to discontinue to investigate a matter. Further, it is prohibited from reviewing any findings, recommendations, determinations or other decisions in relation to particular matters, including complaints to agencies and agency investigations.

In performing its duties, the Integrity and Oversight Committee therefore has very clearly established parameters in law ensuring the committee complies with these requirements, particularly in relation to the public hearings and the fundamental role of the chair of the committee. I have spoken in this place on numerous occasions about the importance of appropriate oversight of government decisions and actions. Transparency and independence are critical to the functions of this Parliament.

What this motion does is the exact opposite. It seeks to undermine the independence of our parliamentary committee, cast doubt on the actions of the independent integrity agencies and insert political direction into the actions of these independent bodies. In terms of funding, I am advised that both IBAC and the Ombudsman’s office have received the funding that they requested in this year’s budget, so I ask myself: what are we trying to fix here with this motion?