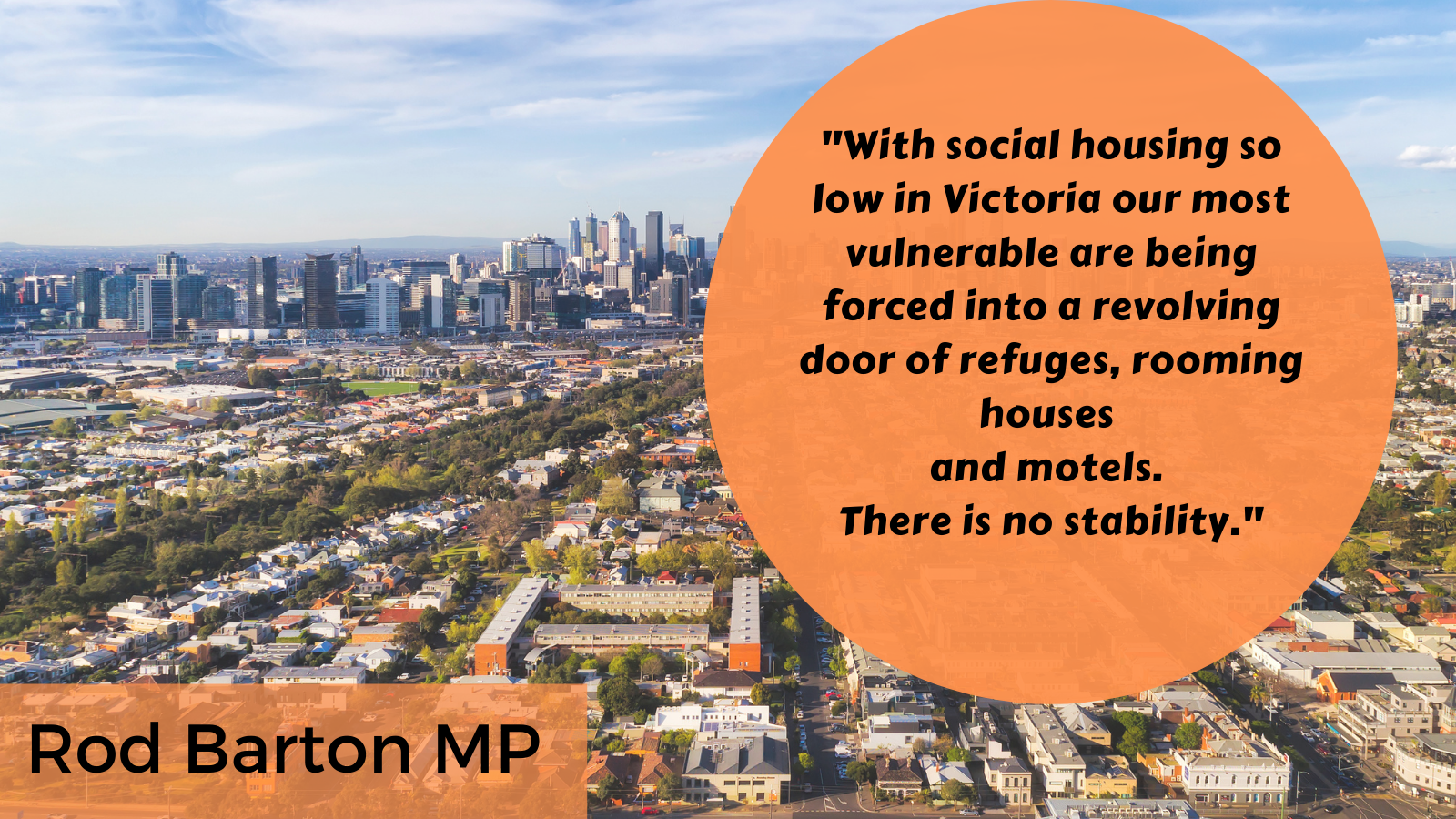 IV have made 94 recommendations to the Government, one of which focuses on Victoria’s social housing strategy.

IV recommend that, ‘In the next year, [the Victorian Government] set a transparent state-wide social housing growth target to reach and maintain at least the national average of 4.5 social housing dwellings for every 100 households by 2031.’

Rod Barton MP certainly agrees that social housing should be a priority for the Government.

Currently, the social housing register is under immense pressure. While the Victorian Government have made a significant investment in social housing through the $5.3 billion Big Housing Build, more must be done.

The Big Housing Build will increase Victoria’s social housing stock by 10%, however, Victoria will still not meet the national average of social housing.

With rents increasing further, it is even more difficult for at-risk Victorians to access safe and affordable housing. IV found only 11.4% of new Victorian rentals are affordable to someone receiving Centrelink benefits.

IV have estimated that in order to keep up with population growth there would need to be an additional 1700 social housing stock built each year with up to 8300 needed annually to cover all evident need.

Barton believes that this is both an achievable and necessary endeavour.

Given that the Victorian Government has acted on almost 90% of the recommendations identified in IV’s previous strategy, Barton is hopeful that the Government will commit to a state-wide social housing growth target that brings Victoria up to the national average of 4.5%.

Victorians are just as deserving of having a roof over their heads, it is time we caught up with the rest of the country.

“With social housing so low in Victoria our most vulnerable are being forced into a revolving door of refuges, rooming houses and motels. There is no stability.”

“Homelessness has been a crisis in this state long before COVID-19. Now after 18 months of financial devastation we need a strong commitment from the Government to provide more social housing.”

“We have fallen behind, that is a fact. But the Government must do everything they can to provide Victorians with safe and affordable housing. That is their responsibility.”