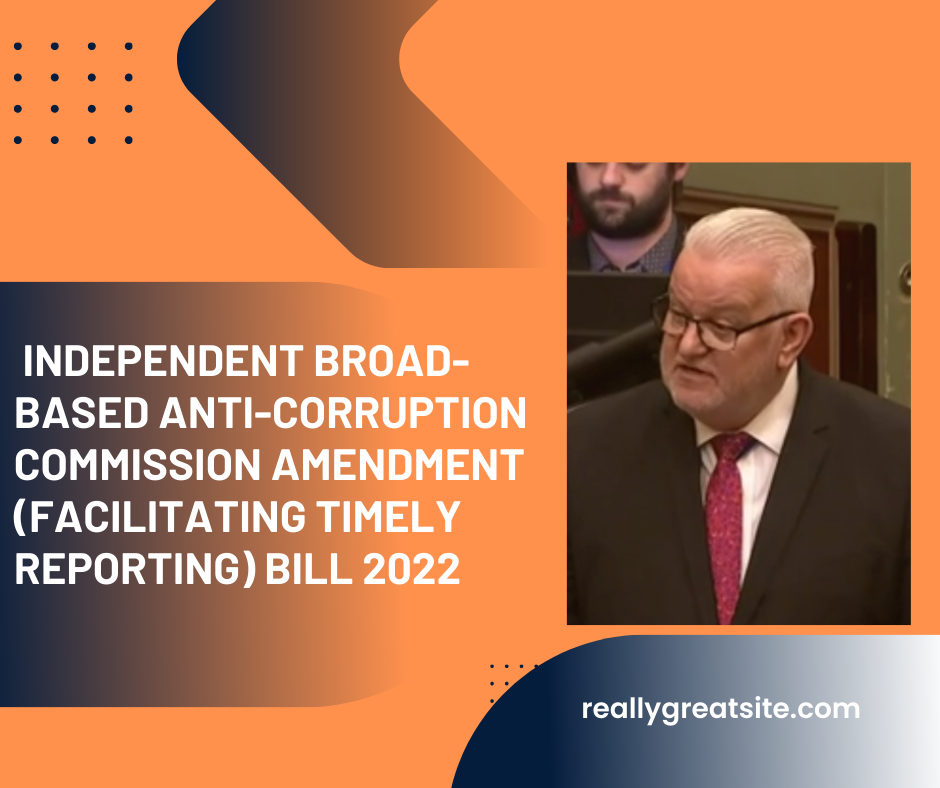 I rise to speak about the Independent Broad-based Anti-corruption Commission Amendment (Facilitating Timely Reporting) Bill 2022. This is a technical bill, and we sought external advice around this bill. As I have said many times in this house, the work of IBAC and Victoria’s other oversight agencies is critical to holding the government to account and ensuring the integrity of our public institutions. It is extremely important that they have the laws and funding they need to be able to do this important job, and I continue to advocate on behalf of the Victorian community to ensure that they have both.

The intention of Mr Davis’s bill, which is to ensure the timely tabling of IBAC reports while preserving protections of the rights of individuals, appears sound; however, it is unclear how the bill will contribute to this outcome, and it would appear that it is likely to actually have the opposite impact. My concerns with the bill are particularly informed by the comments made and questions raised by the Scrutiny of Acts and Regulations Committee. In particular SARC has questioned how new section 162AA of the bill interacts and conflicts with existing sections of the Independent Broad-based Anti-corruption Commission Act 2011. The new section provides that the IBAC may transmit a report to Parliament:

the subject matter of the report; or

However, existing section 162(5) of the IBAC act prevents IBAC from including in its reports any information which would prejudice a criminal investigation, criminal proceedings or other legal proceedings.

There is clearly also a risk that contempt of court proceedings may apply if IBAC transmit a report to Parliament which prejudices a legal proceeding. Further, such provisions would also appear to engage and possibly conflict with the human rights of individuals to natural justice and due process. I also hold significant concerns about the provisions contained in Mr Davis’s bill that set statutory time lines for individuals and organisations to respond to adverse findings in an IBAC report.

Three months would appear to potentially be excessive and I would assume possibly greater than the period IBAC currently provides in relation to engagement with individuals and organisations subject to adverse findings.

It also seems likely that such a provision to further understanding of IBAC’s processes may require IBAC to provide multiple periods of three months for individuals and organisations to provide feedback. This retrospective element of this bill may also further delay investigations that are currently afoot and require IBAC to provide a further three-month consultation period for individuals and organisations subject to adverse findings on which they have already been provided material. Rather than resulting in more timely reporting, even the simplest analysis of the bill makes it clear that these amendments are more likely to result in longer delays to the timely finalisation of IBAC reports and undermine IBAC’s ability to do its important job.

I will always fight for transparency and will always fight to hold government and public officials to account. Unfortunately this bill does neither of these things, and for these reasons I will not be supporting the bill.