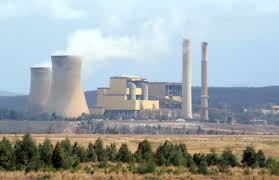 Mr BARTON (Eastern Metropolitan) (16:18): I rise to speak on Ms Bath’s motion 516 today. I have been consistent in supporting motions to go to committee for everybody, and I will also be supporting this motion today.

While I believe the transition to clean energy is a vital and urgent endeavour, I also agree that matters of jobs, retraining and workers rights are issues that deserve inquiry.

The closure of Hazelwood and Yallourn power stations is necessary. For the latter, I believe it was inevitable that the closure date would be moved forward. Hazelwood produced more greenhouse gas emissions per unit of electricity than any other power source in Australia. The power station had immense consequences on our emissions and on those in the surrounding community. Not only was Hazelwood the biggest source of toxic dioxins in the country, but it was also Australia’s biggest source of toxic fine particulate matter, which causes death in an estimated 18 people every year in Gippsland. It is clear the closure of the Hazelwood power station did not just represent the necessary shift to green energy but also improved the general health and wellbeing of the community. It is easy to see how the power station became simply infeasible in the face of more affordable renewable energies. For starters, it used 27 billion litres of water a year. That is as much as all of Melbourne. Not to mention the mine that supplied Hazelwood power station caught fire in 2014 and burnt for 45 days. A government inquiry has since found that that fire was linked to the deaths of at least 11 people. It is safe to say we are better off without that particular power station.

In the case of Yallourn the rapidly declining cost of clean energy and storage has meant it was inevitable that some power stations would close earlier than anticipated. The Yallourn plant supplies up to 22 per cent of the state’s electricity and 8 per cent of the national market. That plant will be closing in mid-2028. We must have an effective replacement in place before the closure takes place to ensure that supply is maintained and energy prices do not skyrocket. Importantly, 1000 people are currently employed at the Yallourn power station, which will also mean 1000 jobs lost—1000 families. These people have worked hard for decades to power Victoria and earn an income to support their families and regional communities. It is vital that there is a strategy in place to ensure that these 1000 people have the opportunity to retrain and find new work. This is a government obligation.

Rod spoke on a motion concerning the closures of Hazelwood and Yallourn Power stations.

Power stations will continue to close as coal and gas become less and less financially viable. I consider this inquiry into power station closure an opportunity to develop a strategy on how to best adapt to the new energy market changes while also protecting jobs and communities that have historically relied on coal and gas mines. We have a choice: we can be reactive, leaving those who lose out from the transition to clean energy to suffer, or we can be proactive by supporting renewable energy projects and throwing a lifeline to those struggling regional areas, providing direction on how to move beyond the fossil fuel industry.

We know change is coming and we know that there are benefits to engaging with this change quickly. In 2014 a CDP report found that Standard & Poor’s 500 companies that built sustainability into their core strategies outperformed those that failed to show leadership. Moreover, corporations that are actively managing and planning for climate change secure an 18 per cent higher return on investment than companies that are not. This becomes a 67 per cent higher return on investment when compared to companies that refuse to disclose their emissions. Making the transition to clean energy does not just benefit the environment but it also reaps great financial rewards. In layman’s terms: we make more money.

It is important that we ensure these benefits can be experienced by our regional communities who face job losses from power station closures. Operating under business as usual in our energy industry will guarantee collapse. Solutions are emerging, and we would be doing ourselves an injustice by not exploring them. The Rethinking Energy2020–2030 report states that we are on the cusp of the fastest, deepest and most profound disruption of the energy sector in over a century. And in 2019 China announced that unsubsidised distributed rooftop solar is cheaper than grid electricity.

Like many countries, we have been convinced that Australia is an extractive economy that depends on mining. This does not reflect the reality. In 2017 services comprised 62.7 per cent of GDP and employed 78.8 per cent of the labour force in Australia. Even at the height of the mining boom in 2009–10, the total value added by the mining industry was just 8.4 per cent of GDP. The sooner we accept this and move to create new employment opportunities in the renewable energy sector, the better. Those whose jobs will be lost in the closure of Yallourn power station, those families, must be protected.

The movement to clean energy is an opportunity—an opportunity for further economic growth, for more jobs and a better future. EnergyAustralia has already announced that it will put $10 million into a transition package to retrain affected workers and it will also build a 350-megawatt battery, which is a larger battery than any other operating in Australia. The construction of this battery will employ 80 workers. The battery will be up and running ahead of the Yallourn closure in 2028 to ensure a smooth transition for the Latrobe Valley community and so we can support people by investing in energy storage. It is possible to move into a future of clean energy and not leave people behind. I hope this inquiry explores how this can be achieved, minimising harm and capitalising on the benefits of change. These workers in the power sector have the skills and the will to transfer to renewable energy. We just need to provide the right resources, training and guidance. More than that, these workers deserve transparency and direction from the government. This will ease anxiety and provide confidence that these workers will be able to access the support they need during this transition.

I came to this Parliament to fight for what I believe is fair. A lot of the time my focus is on what is fair for workers and what opportunities and protections they are entitled to.

This time it is no different. I strongly believe that the transition to clean energy is inevitable. The sooner we embrace this, the more likely the transition will be a smooth one. While I may disagree with some of the subject matter, I look forward to hopefully seeing the inquiry exploring how we can get the best support for workers and regional communities as power stations close. I will be supporting this.