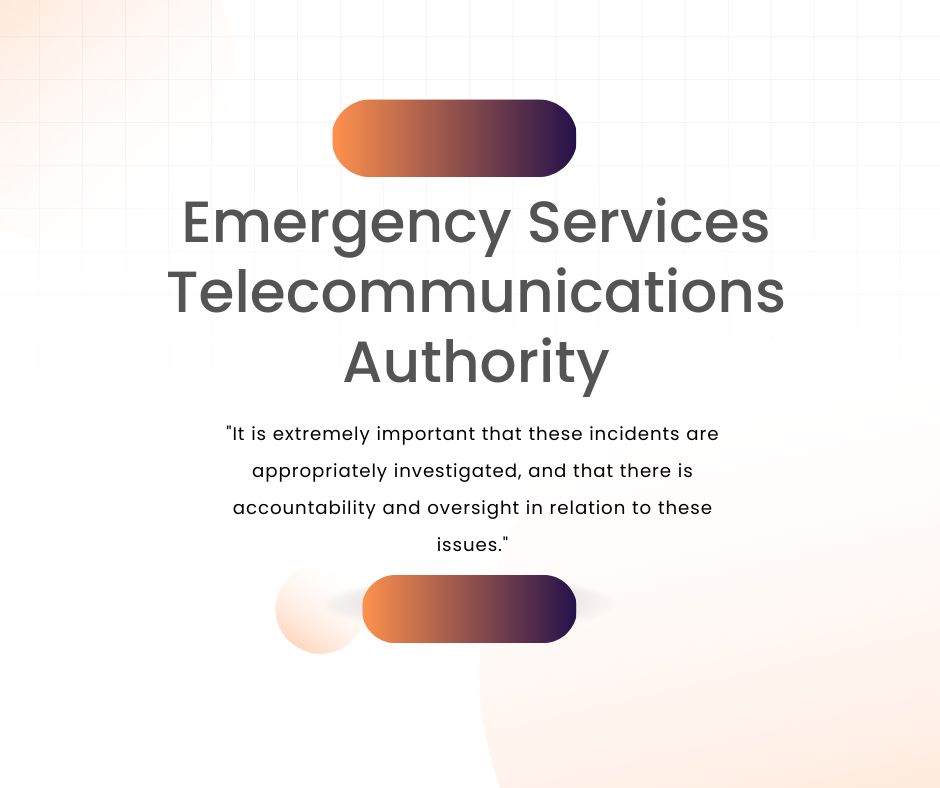 Unfortunately this motion misunderstands the role of appropriate oversight and who should be providing that accountability. Instead of supporting the statutory and independent oversight that IGEM already provides, the motion suggests that a consultant, being former police chief commissioner Graham Ashton, should be providing this oversight. The motion is essentially asking for a consultant to replace the statutory independent role of the IGEM and the important role of the coroner in relation to these specific incidents. Indeed only the coroner can determine cause of death, certainly not Mr Ashton. I also continue to be appalled by the statements of some members in this chamber that time after time try to lay the blame for the death of individuals at the feet of our very brave and hardworking paramedics and ESTA call takers.

Today’s motion also calls into question the work done by Mr Ashton and criticises a number of the recommendations the report makes. This report is not an investigation into specific incidents. It would not be appropriate for it to fulfil that function. The government and the IGEM have made it clear that these specific incidents are the subject of an investigation currently being conducted by the IGEM. I understand that the IGEM will provide his report to the government in the second half of this year and that this report will also inform the coroner’s work. I have sought the government’s commitment that the IGEM report will be provided to this Parliament and publicly released, and I have been provided that assurance. This is the appropriate oversight of these matters and the appropriate role of this Parliament to ensure that this reporting is undertaken and provided to the community in an open and transparent way.

Today’s motion would also appear to duplicate the already established statutory reporting process that ESTA has with the IGEM. The motion would require ESTA to divert resources away from what should be its only focus of making sure they can answer calls from people who need immediate support. At this time it does not seem appropriate to be asking ESTA to allocate precious resources to developing, compiling and reporting to Parliament on data that will likely change from week to week and it may not even be final or validated when the motion requires it to be provided.

As already noted, the IGEM already conducts year-round assurance activities to assess ESTA’s non-financial performance of emergency call taking and dispatch services, including monitoring all adverse events and daily performance reporting. The IGEM and ESTA, alongside other emergency service agencies, already publicly report against the IGEM’s benchmarks. The IGEM is an independent body that reviews the performance data and investigates matters where appropriate. That is the appropriate oversight of these matters at this time. There are proper processes that need to be followed. Critically, if the opposition’s motion were successful, it would place undue strain on ESTA’s resources that are better used to supporting its ongoing performance uplift.

These are important matters, and they require appropriate and important oversight. This is the very least that these families that have been impacted by the pandemic pressures on the health system deserve. I will continue to hold this government to account on these matters. The independent statutory oversight provisions review currently being undertaken by the IGEM into specific matters and the role of the coroner are the appropriate places for this accountability, not political interference. If the government fails to respond to these reports and fails to do what is needed to support our paramedics and ESTA call takers, then further action will be required, and I will not hesitate to take this action.