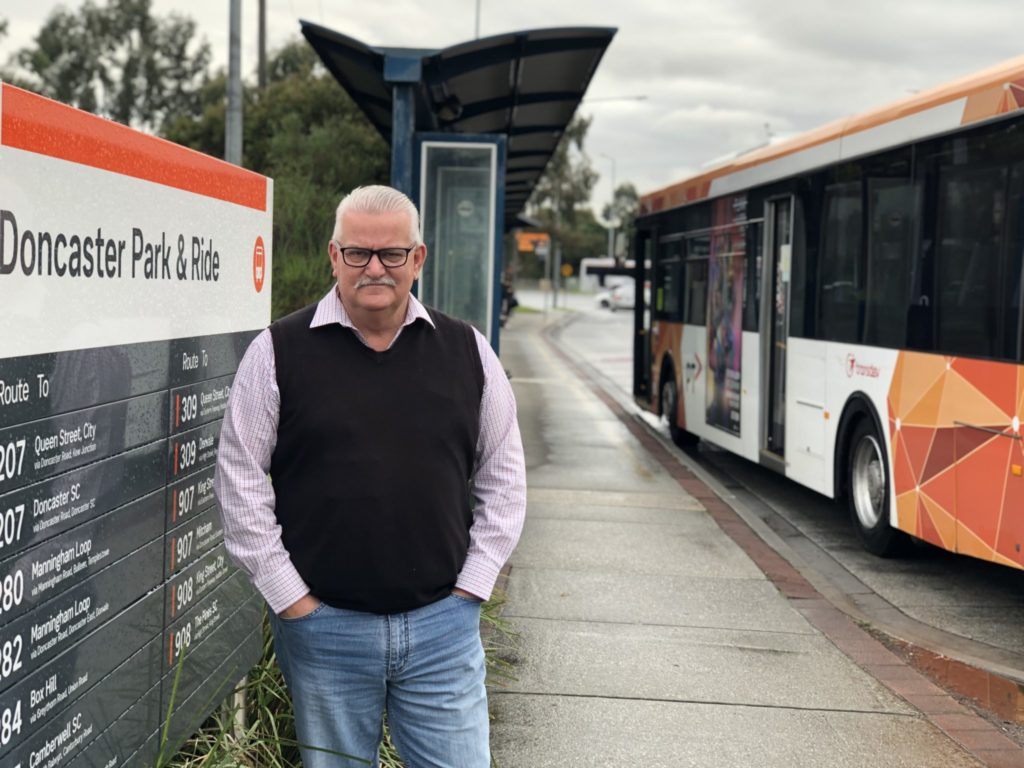 Public transport infrastructure plans for Doncaster and Bulleen must be reviewed and given priority in the North East Link project says Eastern Metro MP Rod Barton.

This week Mr Barton asked the Government to review its current plans and ensure the delivery of the rapid transit busway to Doncaster ahead of other works starting.

“This Busway must provide a practical alternative to our growing north eastern suburb commuters whose daily commute will be effected by the seven-year North East Link construction,” he said

“A rapid transit busway must be more than just a token ‘bolt-on’ component of the $16 billion-dollar taxpayer funded project.

“It needs to be well planned, with sufficient capacity, future proofed and able to integrate with existing tram and train services in the inner city,” he said.

The busway outlined in the current North East Link design may not have the required capacity in the long term, and Mr Barton suggested a review of the proposal to merge buses into the already congested traffic at Hoddle Street.

The proposed busway is a narrow extension along the existing northern shoulder of the Eastern Freeway starting from the existing park and ride at Doncaster, with a new terminal to be built at Bulleen Road and re-joining the freeway just before Hoddle Street.

“Forcing the buses to merge back into traffic at the already congested Hoddle Street end of the Eastern Freeway is not ideal. The public transport option must be designed to quickly connect people directly with the city centre’s trains and trams without adding to traffic congestion.”

“This busway is important and it can’t just be a box ticking exercise to meet requirements under the Transport Integration Act.

“I believe we need to look to some innovative, scalable solutions like the trackless-trams that we’re now seeing in other countries and build that before we start the seven years of construction chaos that will cause huge disruptions to the road network,” he said.