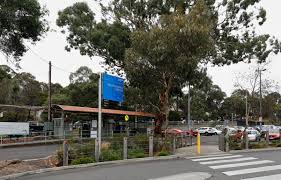 Mr BARTON (Eastern Metropolitan) (12:41): My constituency question today is for the Minister for Transport Infrastructure.

As part of the government’s Hurstbridge line duplication, works include the building of new, modern stations at Greensborough and Montmorency. The Montmorency community feels as though they have received the short end of the stick, with insufficient community consultation when compared with the Greensborough community. In what was meant to be online community consultation on 17 December, the meeting was not recorded, the community was put on mute and no questions were raised. There are concerns over the environmental impact and whether the new pedestrian crossing meets safety standards as well as if the car park meets community expectations. So I ask: will the minister release the justification for the Montmorency station plans as well as the environmental assessment and the record of community consultation?

I thank the Member for Eastern Metropolitan Region for his question and his continued interest in the Andrew Labor Government’s transport infrastructure investments in Melbourne’s northeast.
As the Member is aware, the Victorian Government delivered the Hurstbridge Line Duplication Stage – 1 project after we committed to providing locals in Melbourne’s northeast with more peak hour train services and less time stuck at boom gates – and we did.

The Government took the plans for Stage 2 to the 2018 State Election and it was overwhelmingly endorsed by the community.
The $530 million Hurstbridge Line Duplication – Stage 2 project includes new station facilities at Greensborough and Montmorency, the duplication of three kilometres of track between Greensborough and Montmorency, and 1.5 kilometres of track between Diamond Creek and Wattle Glen to allow more train services during the morning peak.
These works will enable more consistent timetabling on the Hurstbridge Line and increase the service capacity of both the Hurstbridge and Mernda lines to manage expected population growth in Victoria’s north.

As part of these upgrades and new station facilities at Montmorency Station, two new platforms will be built to accommodate the duplicated tracks, which will enable more trains on the Hurstbridge line.

We looked at a range of options for the upgraded station and are unable to retain the existing platform due to the curvature in the track. Curved tracks slow down trains, obscure sightlines for train drivers and create large gaps between the train and the platform, making wheelchair access more difficult, increasing the risk of trips and falls and potentially trapping objects such as scooters and prams.

To meet modern accessibility and safety standards, the new platforms must be built on a straight section of track. To do this, we’re straightening out the curve in the rail line and building the new platforms approximately 100m to the west of the existing platform. The entrance to the station will shift approximately 30m from the east side of Were Street to the west side.
We recognise the station is very important to those in the Montmorency area. That’s why we are consulting extensively with locals on the precinct plan so the upgraded Montmorency Station can best fit the needs of the community.