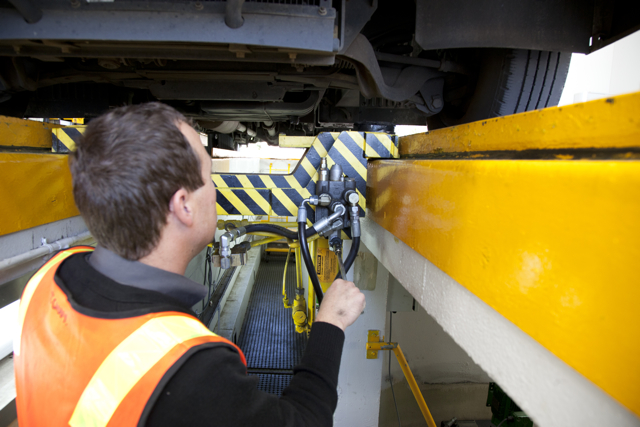 Today Rod asked the Minister for Public Transport why there is such an over reach on roadworthy inspections for the bus sector but an under reach in the CPV Industry?

Mr BARTON (Eastern Metropolitan) (12:17): My question is to Minister Pulford, representing the Minister for Public Transport. VicRoads is introducing new requirements for licensed buses during their annual roadworthy inspections. This policy has the potential to cripple the licensed vehicle bus market. These expansions have the potential to triple the time and the cost while offering little evidence to support these onerous changes. This is in stark contrast to the roadworthy requirements for commercial passenger vehicles (CPVs), where RedBook is authorised to inspect vehicles rather than a licensed vehicle inspector. RedBook inspections are delivered at a fraction of the cost, take 15 minutes and the car is not driven. This sub-par inspection undermines the safety of vehicles that can travel over 100 000 kilometres a year. I ask the minister: what is the reasoning behind the damaging overreach in the bus sector and the underreach in the CPV industry?

Ms PULFORD (Western Victoria—Minister for Employment, Minister for Innovation, Medical Research and the Digital Economy, Minister for Small Business) (12:18): I thank Mr Barton for his question, and I will seek a written response from Minister Carroll for him.

Mr BARTON (Eastern Metropolitan) (12:18): Thank you, Minister. My question is to the Minister for Public Transport. Is he prepared to halt and review these proposed changes until a broader assessment can be made?

Ms PULFORD (Western Victoria—Minister for Employment, Minister for Innovation, Medical Research and the Digital Economy, Minister for Small Business) (12:18): Mr Barton, I will seek a response to your supplementary question from Minister Carroll.