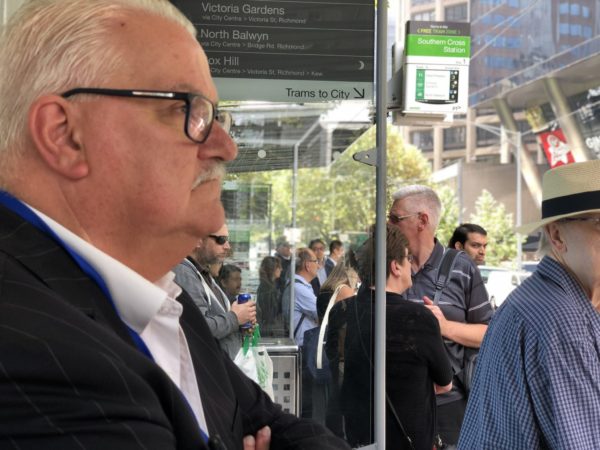 “Frustrations over the limitations of the existing services should not prevent the committee considering the wider picture and the social and economic benefits of extending the free tram zone to encapsulate more of our vibrant and dynamic city,” Mr Barton said.

“There are ongoing complaints that the current free tram zone contributes to overcrowding on inner city trams. Paying commuters are frustrated when they are unable to board overcrowded trams in the inner city.

“Indeed, overcrowding exists across the entire public transport network. However, this is not by any means an insurmountable problem. This is an operational issue that could be solved by adding increased services or shorter shuttle routes that take passengers to the perimeter of the zone.”

Mr Barton said overcrowding was a very poor reason to discourage the use of public transport and that as Melbourne grew we needed to increase capacity of our train and tram networks and do more to encourage people onto public transport.

“If price will get them there, then we should drop the prices. Our city needs this and our environment needs it. A state-of-the-art tram network should not be beyond our reach just because we are inconvenienced by some overcrowding as we work out the best model and because we make it cheaper for some groups, at some time, and over some sections of travel.” he said.

Breaking Melbourne’s car culture was a major factor in introducing this inquiry and giving free access to inner city visitors, students and seniors would go along way to generational change around how we move around Melbourne. Mr Barton said he was please it had raised such a strong debate and hoped this would encourage some solid thinking on how to create a sustainable, equitable public transport system for Melbourne.

“We need to break the cycle of dependence on cars to get around this city and we need to solve the operational issues that are holding our public transport network back,” he said.