Are these the actions of a Model Litigant 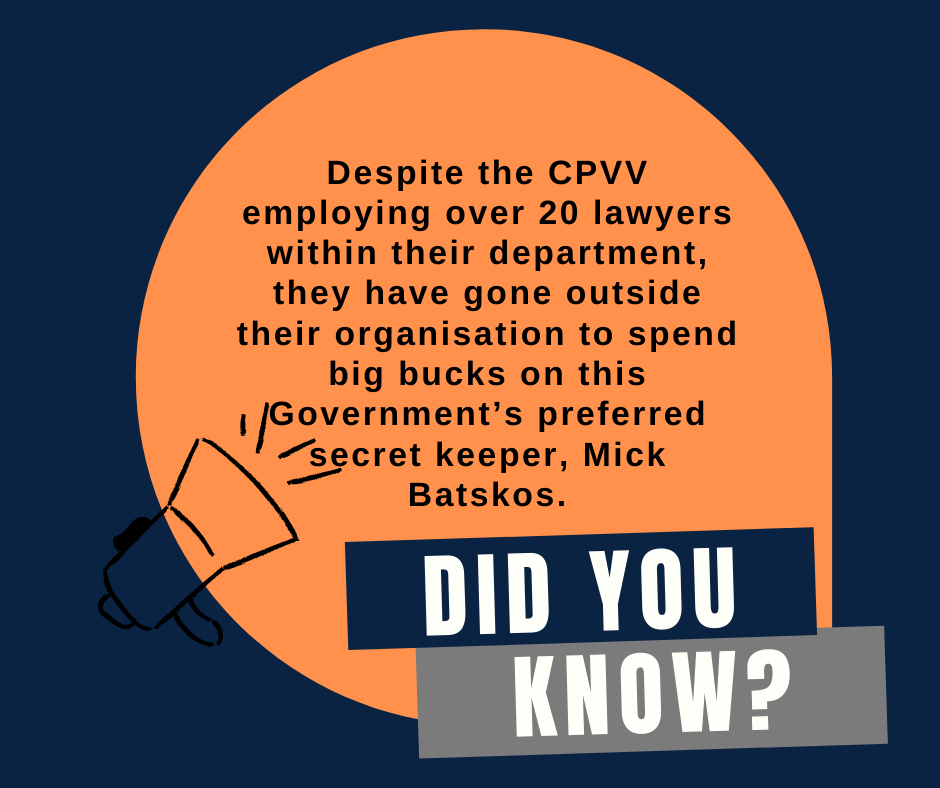 The state government and government departments have a requirement to behave as model litigants. For those playing at home, let me summarise in a few words what that government’s own guidelines state:

The obligation requires that the State of Victoria, its departments and agencies:

act fairly in handling claims and litigation brought by or against the State or an agency;

act consistently in the handling of claims and litigation;

deal with claims promptly and not cause unnecessary delay;

consider seeking to avoid and limit the scope of legal proceedings by taking such steps, if any, as are reasonable having regard to the nature of the dispute, to resolve the dispute by agreement, including participating in appropriate dispute resolution … processes or settlement negotiations;

where it is not possible to avoid litigation, keep the costs of litigation to a minimum, including by:

These are not the actions of a model litigant.

These are just some of the principles that an agency should consider in litigation. So let me tell you about a story that in my opinion does not meet these standards. After four years in court, a year ago taxi and hire car families in the Supreme Court received a ruling for Commercial Passenger Vehicles Victoria to hand over the requested documents and pay 80 per cent of their legal fees incurred. One year later taxi families have been forced to go back to court again. It is obvious that the regulator is trying to run these families out of money. It is clear to everyone. Not only is the CPVV trying to cripple the taxi families, who have already faced discriminatory regulations reform from the CPVV, but the agency also has questionable behaviour in other court battles.

We understand that the CPVV employ over 20 lawyers within their department. They have gone outside their organisation to spend big bucks on this government’s preferred secret keeper, Mick Batskos. This is after Victoria’s privacy commissioner has ruled in favour of the documents requested in the freedom-of-information request being handed over for the Uber trial in Geelong. Taxpayer money is being used by the CPVV merely—merely—to hide the outcomes of a six-person trial that ran for eight weeks in 2020. With such money involved to fight a privacy commissioner’s ruling, you must wonder just what the CPVV could be hiding from this trial it ran with Uber. It certainly calls into question the legitimacy of the trial, with the outcome being the CPVV paying even more money to help Uber enter the multipurpose taxi program, putting the financial viability of disability transport at stake.