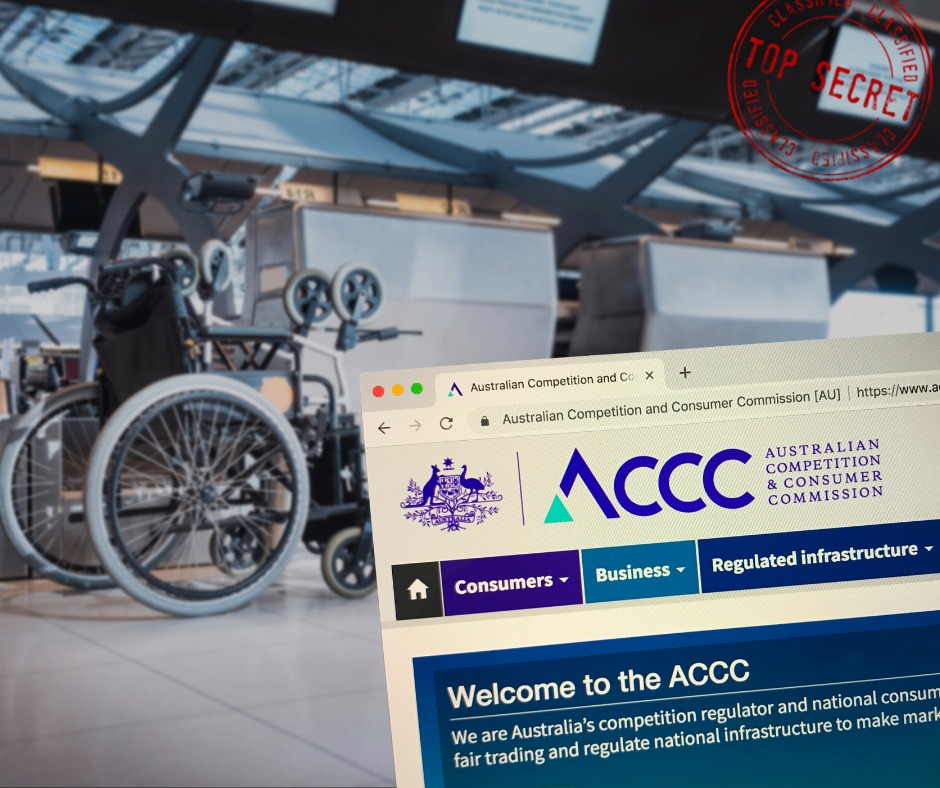 Below is  a letter I wrote to the Chair of the ACCC asking them to investigate the process Melbourne Airport undertook when removing the taxi rank to create an Uber rank, providing Uber with a clear commercial advantage!

RE: Anti-competitive process assigning a new Uber pick up point at Melbourne airport

I would like to bring to your attention a recent announcement by Melbourne Airport detailing that from 14 December 2021, the taxi rank that was traditionally located directly outside Terminal 2 has been replaced by an Uber pick up rank. Unbooked taxis are now only able to pick up passengers from outside of Terminals 1 and 4, the ranks furthest from the main arrivals hall.

This decision claims to have been prompted by changing passenger preferences despite Uber only accounting for 27 per cent of commercial vehicle pickups at Melbourne Airport in 2019. Other pick-ups are performed by taxis, hire cars and others yet their passengers now have to walk further for these services. Alarmingly, this includes passengers requiring wheelchair accessible taxis – Uber does not even provide such services.
There are several points that must be raised and for which I urgently seek your feedback.

The current changes have come into effect without any formal engagement or negotiation with the taxi sector of the industry to consult with them over the intention to relocate the dedicated taxi rank, merely a notification of the airport’s final decision.

Uber has been given a clear commercial advantage, both financial and through convenience for clients. The new premium pick up point outside Terminal 2 is staffed by Uber employees who encourage and assist passengers arriving in this area expecting a taxi to download the Uber App if they have not done so already. This enables passengers to then be paired with the first Uber vehicle on the rank ahead of them rather than walking to terminal 1 or 4 for a taxi, even though this may have been their original preferred mode of transport.

A major imbalance now exists which allows one party to gain a significant advantage at the expense of others. It should not be within the capacity of Melbourne Airport to limit competition in any business or service operating within the airport and they should not be complicit in enabling Uber to buy out their competition in the absence of a fair and open tender process. This arrangement sets a dangerous precedent which may ultimately contribute to taxi operators deciding to simply cease their airport pick up service. Is it appropriate for a company such as Uber to use their wealth to buy exclusive access to a rank which was otherwise free to use in order to remove their competition?

Melbourne Airport is a private enterprise and this decision is undoubtedly the result of a private commercial arrangement with Uber. On face value, such a private arrangement may be entirely legitimate, however there should have been an open, transparent, inclusive and competitive process for allocating rank areas to the various stakeholders in the commercial passenger vehicle industry. There should also have been some level of consideration for passengers and the convenience offered to them to use a service of their preference and one which meets their needs, particularly in the case of wheelchair users and customers requiring high occupancy vehicles with capacity for more than 4 passengers as well as extra luggage.

What has occurred instead was an ambush.

The taxi industry was denied knowledge of the impending rearrangement of airport ranks and was not invited to negotiate conditions which may have allowed them to retain access to the rank at Terminal 2 arrivals. Likewise, the vast majority of passengers who prefer to use taxis or need a wheelchair accessible vehicle or those who have high occupancy needs have been disregarded.

Section 45 of the Competition and Consumer Act 2010 (Cwlth) (CCA) prohibits contracts, arrangements, understandings or concerted practices that have the purpose, effect or likely effect of substantially lessening competition in a market, even if that conduct does not meet the stricter definitions of other anticompetitive conduct, such as cartels. The ACCC is responsible for investigating and enforcing this provision (and other competition provisions of the CCA).

In this case, there is a clear responsibility for the ACCC to thoroughly investigate the process that was undertaken which resulted in this private arrangement and I call on you in earnest to initiate these proceedings.
Another point worth mentioning is that the legislated rules in Victoria for commercial passenger vehicles around rank and hail (unbooked) services state that vehicles engaging in these activities must be fitted with a tamper proof camera as approved by the industry regulator and a fare calculation device calibrated in accordance with maximum regulated fare rates as set by the Essential Services Commission. Not one Uber vehicle within the Victorian fleet meets these requirements.

Why is it that these rules do not apply to Uber vehicles participating in rank services at the new airport pick up point? Something is amiss with both the airport and the industry regulator, Commercial Passenger Vehicles Victoria, who have plainly overlooked these requirements.

These special conditions allowing Uber to pick up from a dedicated rank despite their vehicles not meeting the legislated requirements for undertaking rank work clearly reeks of a double standard and an unlevel playing field which favours them commercially. The additional cost burden for taxis performing rank services is blatantly unfair. Ultimately, these commercial constraints limits competition within the industry.

Again, I implore you to examine the process that was undertaken which displaced taxis by stealth from the premium rank at Melbourne Airport in favour of a dedicated Uber rank. Also, to investigate the agreement that allows Uber to operate a rank while their vehicles do not comply with regulated specifications for unbooked commercial passenger vehicle services.