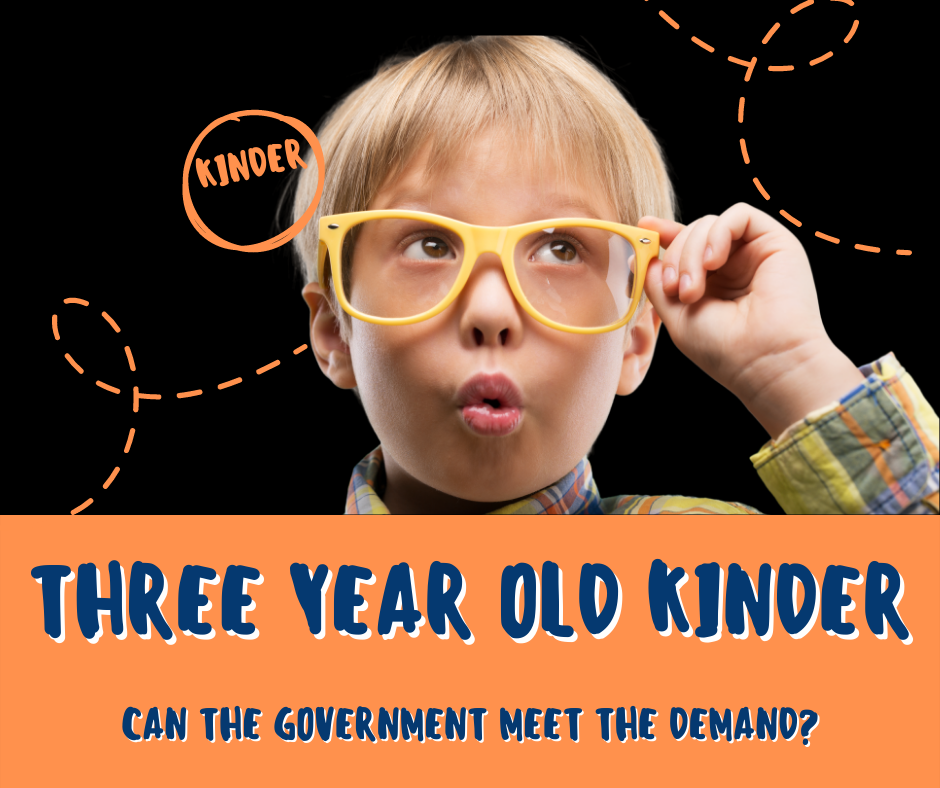 My question is for Minister Stitt. I have been contacted by a constituent who supports the Victorian government’s commitment to provide three-year-old kinder. However, they are concerned about the infrastructure available to the City of Knox being insufficient to meet the leap in demand. My understanding is that funding available to address this infrastructure gap covers only 9 to 16 per cent of the cost of building projects to increase the number of kindergarten places. There is a concern here that eligible children may miss out, so the information I seek is: has the government completed any modelling that compares existing kinder places to the projected demand after offering three-year-old kinder to all families in Knox?

I’m pleased to hear that your constituent supports the Andrews Labor Government’s nation-leading Three-Year-Old Kindergarten Reform, which will mean an extra year of play-based learning, led by a teacher, being added to Victorian children’s education. This will better support children’s development, learning, health and social and emotional wellbeing, and research shows that this will be reflected in more opportunities for these same children throughout their lives.

The Building Blocks grants program has significantly increased the maximum State Government grant contributions toward capacity building infrastructure projects and scalability in funding allocation, to ensure investment aligns with the number of kindergarten places being created.
In 2021, we announced a further increased investment for modular kindergarten facilities, enabling them to be fully funded by Government in most instances. These increases to the Andrews Labor Government’s contribution towards projects reflect our commitment to investing with local government and other sector partners to deliver early childhood infrastructure.

Building Blocks Partnerships (BBPs) provide an additional opportunity to enter into an agreement with the Department to co-invest in a pipeline of kindergarten projects over a multi-year period.

Partnerships will be a critical means of working with partners, particularly Local Governments, to build large number of facilities over time, and provide the long-term planning and funding certainty to support this.

In addition to significant Government funding available through Building Blocks Grants, the Kindergartens on School Sites Program has been established as a further mechanism, where appropriate, to support the provision of infrastructure to meet projected unmet demand across the State.

To ensure this significant investment is delivered where and when it is needed, the Department has worked with Councils to develop Kindergarten Infrastructure and Services Plans for each Local Government Area. The KISP presents a jointly developed picture of supply and demand for kindergarten, and areas likely to require additional investment to increase infrastructure capacity. These are publicly available and are designed to support investment in areas that need it from a range of partners.

The Department has agreed a Kindergarten Infrastructure and Service Plan, or KISP, with the City of Knox (signed in September 2021). The KISP shows that some areas within Knox are likely to require additional infrastructure to meet estimated demand for three-year-old kindergarten, more noticeably from about 2027 onwards.

The Government is committed to working with the City of Knox and other parts of the early childhood sector to ensure the required infrastructure is delivered to support the delivery of the reform. The Department is engaging in productive discussions with officials from the City of Knox regarding how State Government funding, including through potential co-investment, modular kindergartens and Kindergartens on School Sites, can support the required development of additional early childhood infrastructure in the areas defined in the KISP.

I thank the member for his advocacy for early childhood services in his community.