MOTION – Inquiry in homelessness in Victoria 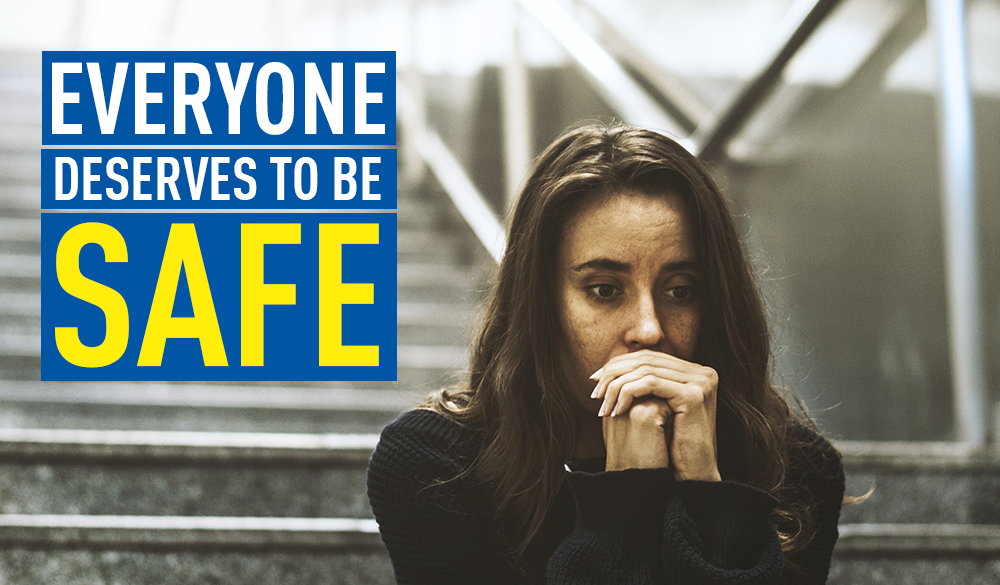 That this house requires the Legal and Social Issues Committee to inquire into, consider and report, within 12 months, on the state of homelessness in Victoria, and in particular, the committee should:

(1) provide an independent analysis of the changing scale and nature of homelessness across Victoria;

(2) investigate the many social, economic and policy factors that impact on homelessness; and

(3) identify policies and practices from all levels of government that have a bearing on delivering services to the homeless.

I bring my second motion this week given the opportunity presented by this additional sitting day, and I ask for an investigation into the homelessness crisis in our state.

I am very new to this role, and we all know I come into this place with an agenda based around the taxi and hire car industry and an intense desire to bring a big-picture plan to our transport systems. I am also charged with advocating on behalf of the electorate who gave me this opportunity, so as a new member for Eastern Metropolitan Region I am regularly meeting with council and community groups in my electorate.

What has struck me and shocked, saddened and shamed me is how many of the population are facing a crisis in housing and how hidden the problem is. Until very recently I believed homelessness was a problem only in inner-city Melbourne. I thought it was about people sleeping rough on our city streets. I thought it was about alcohol, drug abuse and mental illness. And it is—it is absolutely about all those things. But this most obvious part of the homelessness problem represents only about 7 per cent of those in crisis in our state.

Homelessness is a very real issue out in the eastern suburbs for many and varied reasons. Some people do not know where their families are going to sleep tonight. This is a very real and immediate problem.

Can you imagine the feeling of not knowing where you are going to sleep tonight and when you go to ask for help being told there is nowhere for you and your family to go?

In my Eastern Metropolitan Region the numbers have shocked me. Over 14 000 people have sought homelessness assistance services in the council areas that touch Eastern Metropolitan Region in the last financial year, representing 15 per cent of service requests across Victoria. Monash has more than 800 known homeless individuals within its council area. Thirty-five per cent are sleeping in cars and 18 per cent in local parks; others are couch surfing or in and out of emergency housing; and almost 50 per cent of these people have been homeless for more than 12 months.

When we look at the numbers it seems impossible that such a huge number of people struggle like this, and we just do not notice them. They are invisible.

What really shocks me is that in Victoria 64 per cent of these people are women and 30 per cent are under 18 years of age. Forty-seven per cent are fleeing domestic and family violence. Ninety per cent of these women are turned away on their first request looking for long-term accommodation services. Women who separate from a violent partner are walking into a whole new world of problems, with six in every 10 women experiencing housing stress post-separation. Even if they stay in their own home, three in 10 women face financial stress and abuse from their partner if he leaves and they are able to stay in their own home. Most women rely on their friends for housing after leaving a violent relationship. They are couch surfing or living in shared accommodation. Forty per cent go to friends and family.

These are our mothers and our daughters; they are struggling.

In Australia today one in five of these women who have left a violent domestic situation will go back because they have no financial support and nowhere else to go, so again these numbers are staggering.

How many people did not seek assistance?

How many of our youth are couch surfing to avoid entering the foster or welfare system, riding it out until they turn 18?

How many women stay in a violent relationship because they have nowhere else to go?

How much of this problem is hidden?

In preparing this motion I have met many service agencies and council groups across Melbourne to hear the difficulties they face in delivering services. What they tell me is the number of individuals experiencing homelessness is increasing at a steady rate. Everyone working in this space is overwhelmed. They are overwhelmed by the volume of need and the hopelessness of many of the individual situations.

There is a lack of housing options for people facing homelessness, and this is across emergency, transitional and long-term affordable and social housing. Whitehorse council, for example, has the second highest level of social housing in the east, with approximately 1463 households nominated as living in social housing in the 2016 census, which is a little over 2 per cent of all households in the council area.

According to research from the Eastern Affordable Housing Alliance, there is a current shortfall of 2350 social housing dwellings in Whitehorse alone. Figures provided by the Department of Health and Human Services Box Hill regional office, which covers all of Boroondara and some suburbs in Whitehorse and Manningham, show 1800 applicants waiting for social housing and almost 300 people waiting to transfer to more suitable housing arrangements.

While there is significant investment in social housing, it simply is not enough. Victoria has the lowest percentage of housing stock provided with social housing in Australia. A 2013 analysis by Swinburne University shows the percentage of social housing in Victoria at 3.4 per cent. There has been a lot of investment by the government, and we thank them for that. The Homelessness and Rough Sleeping Action Plan includes $120 million to increase the supply of social housing and $152 million to buy and build more housing for women and children to escape family violence. However, just five houses were built in Monash last year as part of this initiative. They are welcome, but they barely make a dent in the problem.

Another cause for concern is that the homelessness support service system is incredibly complex. It ranges from large government agencies through to smaller church groups. The location of many services makes access to them difficult, and many of them have limited or no outreach capacity. Many require people to attend the office-based appointments that lead to limited services.

There is much frustration within the system.

Coordinating approaches and services is increasingly difficult. Often these service providers are hamstrung by red tape and rules. Red tape and bureaucratic box ticking can mean that simple forms of systems experienced long delays. Here in the inner city a project backed by the City of Melbourne, the Collingwood Football Club and Australia Post to provide 150 lockers and about 170 mailboxes for the use of homeless people at the Salvation Army centre in Bourke Street took 18 months to get off the ground. Zoning regulations have meant churches have been restricted in offering overnight shelter to homeless people in the outer-eastern suburbs.

In times of crisis our system requires us to tick all the boxes and fit into categories that allow us to collect the number that I can stand here today and quote. But even when you do not fit neatly into the boxes, we define them. They still need our help.

I just cannot fathom what it is like to be in this situation, so I am going to find out in a very limited way. At the end of next sitting week, on 20 June, I will participate in the Vinnies CEO Sleepout. I will sleep rough for the night on a cardboard box with a warm sleeping bag, and I expect there will be a well-stocked soup kitchen. There will be speakers and we will have a great experience, perhaps gaining a very limited understanding what it is like to sleep rough on the streets of Melbourne. I hope the members of this house will support me by choosing to adjourn quite late that evening and especially by sharing the message among their followers and constituents.

What this experience will not replicate is the stress and anxiety these people face. For me it is just one night. There is no terror for us.

I have presented a lot of numbers here. I make no apologies for that, but please remember that these numbers represent people. They represent the most vulnerable in our society—our mothers, our daughters, their children, and too often they now include the elderly. These are not just numbers; they tell a very sad story. They give reason to warrant more thorough investigation.

My motion asks the Legal and Social Issues Committee to provide an independent analysis of the changing scale and nature of homelessness across Victoria. We need to get a proper handle on this. I want the committee to investigate why, and what are the many social, economic and policy factors that impact on homelessness, and I want the committee to identify policies and practices from all levels of government that have a bearing on delivering services to the homeless.

Let us work together to fix this.