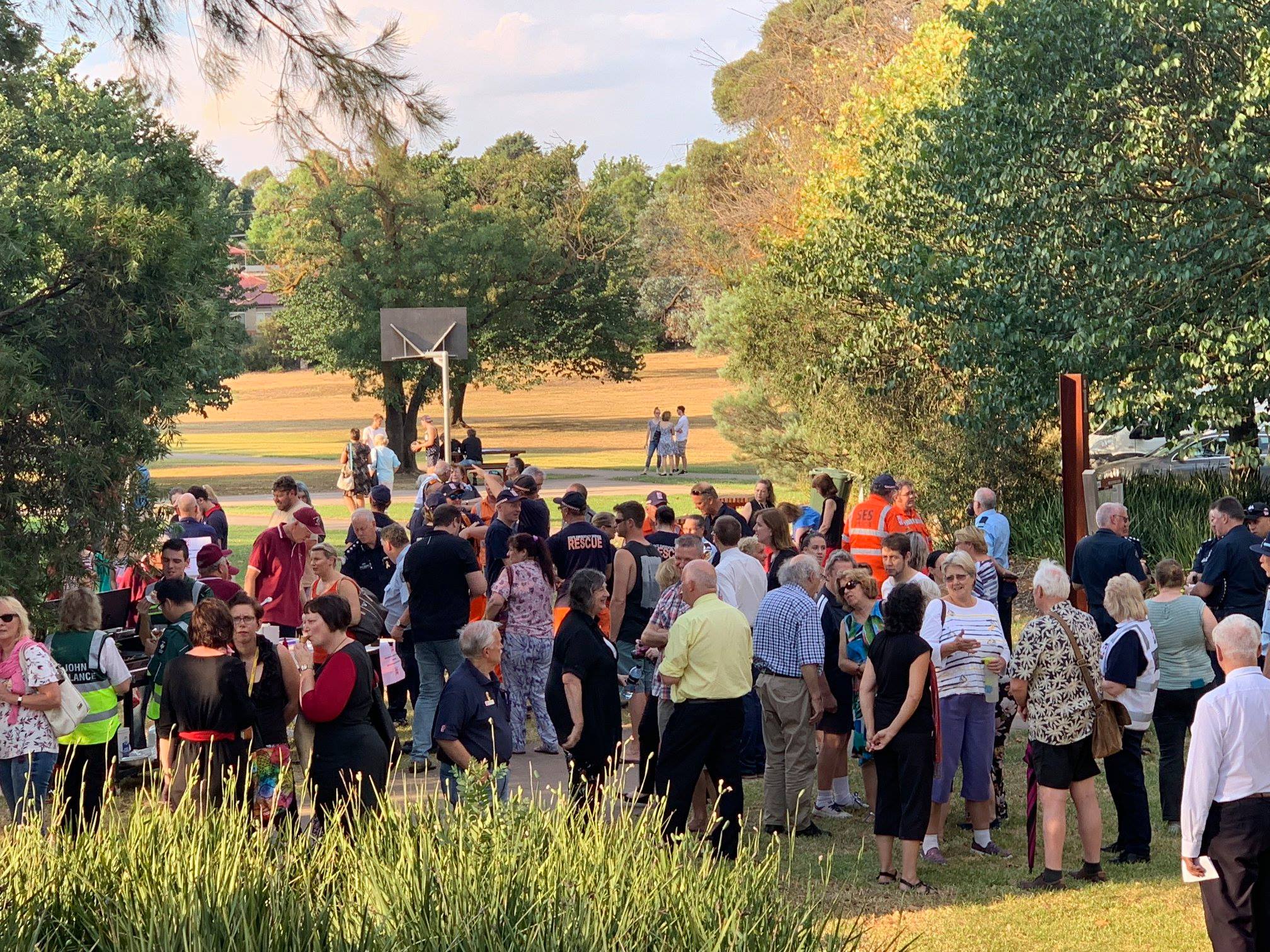 Mr BARTON (Eastern Metropolitan) (17:46): There have been some beautiful words said today, and I hope I can articulate mine just as well. I will do my best.

President, it grieves me to think back on the horror of the firestorms that raged through our communities just 10 years ago. For many this is a private time. We will all grieve the losses in different ways, some in public services, some with private tears. I know there are many who would prefer to forget. I offer my condolences to the more than 78 communities across Victoria who were directly affected, and there are areas where whole townships were destroyed and lives lost. One hundred and seventy-three lives were lost. Many thousands of homes and other dwellings were lost. Over 400 000 hectares were burnt. Millions of animals—farm stock and natives—were lost to fire.

One hundred and seventy-three lives were lost. Many thousands of homes and other dwellings were lost. Over 400 000 hectares were burnt. Millions of animals—farm stock and natives—were lost to fire.

I remember that day and the constant stream of information and news. It was massive and overwhelming. Our fear was for our young niece—she is okay—who lived in Kinglake West with her partner and three children. The fear of not knowing where she was was just awful. I remember family members ringing around to check that everyone was okay. Fortunately we found out fairly early that Fi, her partner and their three kids were okay. Her family lost their home and all their possessions that day, but they were the lucky ones. They got out safely. Neighbours did not.

Hearing talk of the amazing response from our emergency services, volunteers and communities during the immediate threat and many months following the fires makes me proud to be a Victorian. Australia’s response to disaster shows us at our best. I sincerely thank the brave and noble professional and volunteer members of fire services, the State Emergency Service, Parks Victoria and Victoria Police who attended the fires. I am grateful that we have teams ready to respond from the Red Cross and the Salvation Army and give thanks to the many other volunteer organisations who flooded the area with support in the wake of the fires.

We lost two firefighters in the storm. Arthurs Creek fire brigade volunteer firefighter Joe Shepherd died on 22 February as a result of severe injuries and ACT firefighter David Balfour died on 17 February while assisting Victoria’s emergency services in the Yarra Ranges National Park. It was a long and harrowing bushfire season for Victoria’s fire services. I commend them for their commitment and bravery. I am told that Victoria is recognised as the most bushfire-prone state in the world. We have fallen victim to many major firestorms, including the 1939 Black Friday fires and the Ash Wednesday fires. But Black Saturday—7 February 2009—set a new benchmark, a new level of devastation.

Communities in the Nillumbik shire in the north of my region were among those most affected and closest to the threat of fire. The Eltham area was only just spared from the destructive Black Saturday bushfires. It was saved by an early and unexpected wind change that pushed the fire through Kinglake. I fear that without that wind change we may have lost many, many more people. The fact that Kinglake bore the brunt of the fire rather than a residential Melbourne suburb gives us little comfort. I wear a yellow ribbon to remember those who were lost as a result of the fires on 7 February 2009.